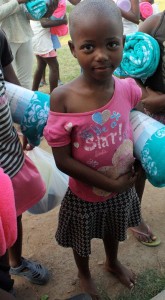 East Africa (MNN) — As if Ethiopian orphans didn’t have enough to deal with, the Islamic State is on their doorstep. Over the weekend, dozens of Ethiopian Christians were slaughtered by ISIS in Libya. Yesterday, government leaders announced three days of national mourning.

ISIS has been flaunting its use of child soldiers in Iraq and Syria, recruiting children to join their ranks as “Cubs of the Caliphate.” Without the guardianship of parents and an innate desire to belong, orphans make an easy target.

The world has been waiting for someone–anyone–to do something about ISIS. Wil Crooks of Children’s HopeChest (CHC) says they need YOU to respond.

“It is one thing to hear about the atrocities that take place globally…but until you’re on the ground…there’s a gap between what we know and…what we can do about it,” Crooks states.

CHC isn’t asking for donations. They’re asking you to see their ministry in-person by joining them on a Vision Trip. Find details here. 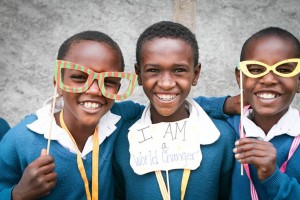 By protecting a vulnerable child, you can tangibly do something about ISIS. While many great things are done through individual child sponsorships, CHC believes teamwork is vital to complete transformation.

Relationships are a key part of that equation.

“You don’t just pour in resource, because resource without relationship really becomes a transaction,” says Crooks. “We believe that transformation happens when it’s one life on one life.”

Using a Survive, Thrive, and Succeed approach, CHC changes kids’ lives by pairing Christ-followers in North America with believers on-the-ground in nine countries. Two of those nations in East Africa–Ethiopia and Uganda–have a combined orphan population of 7.2 million.

“Children’s HopeChest will only partner with communities that are already reaching out to the orphans and vulnerable children,” clarifies Crookes. 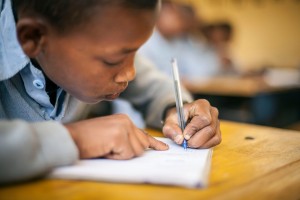 Christ’s command in Matthew 28 is the driving force behind CHC’s work.

“We want to go and to make disciples. We want not only the children, but the caretakers and the entire community, to know Jesus Christ and to have a relationship with God through Christ.”

As believers in the West come alongside overseas communities through CHC, they help to make an eternal difference for the “least of these.”

It’s one thing to read these words. It’s another to see them in action.

On a CHC Vision Trip, Crooks says partakers get to do a few things. First, they meet with local leadership and learn about the difference CHC’s Community–to–Community (C2C) model is making. 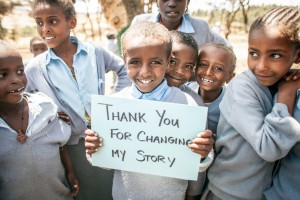 “The second thing we’re going to do is get to know the children and get to know where they come from.”

Part of that process involves touring the child’s community and walking the child’s daily routine with them: where they go to school, how far they have to walk to get water, etc.

The whole time, Crooks says visitors will be encouraged “to listen to what God is up to, to lean into His voice and what He may be calling a church or a community to get involved in.”

CHC’s next Vision Trips to East Africa are heading out in September. Click here to sign up, or check out their “Vision Trip” page to see ministry in other locations.