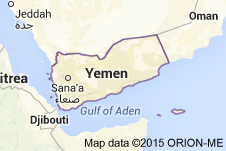 Yemen (MNN) — Yemen’s crisis Tuesday has reached the point of being called a “coup.”

The country’s Minister of Information says Shiite Houthi rebels not only took control of the capital, they overran the presidential palace and attacked the Prime Minister’s residence. It shatters a truce that lasted less than a day.

Carl Moeller, President and CEO of Biblica, points out that “Yemen, for years now, has been a center of Islamic terrorism training and other elements of destruction.” That ideology is behind a lot of other problems in the region, too. “The events of today in Yemen, although still fairly unclear, indicate the continued unrest, instability, and sheer chaos of many parts of the Middle East.”

The apparent overthrow is troubling for a number of reasons, Moeller adds, chiefly, “While the rebels are themselves Shiites, large elements of Yemen remain under Sunni control.” It’s a generational sectarian schism. Moeller says because of this, “Clearly, this instability is not going away. It’s probably going to be exacerbated over the next several months. I believe that there will be more governments toppled by extreme radicals.” 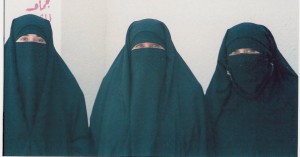 The instability also heightens tensions for Christians in the region. Muslims are forbidden to convert to another religion. Yemenis who leave Islam may face the death penalty. Christian converts from Islam face persecution so harsh that many go underground with their faith.

Open Doors USA reports that most believers in Yemen are first-generation Christians. This means that their family and clan are still Muslim. The small number of Christians lives in constant fear of discovery and public exposure.

Already marginalized, they typically bear the brunt of social upheaval, notes Moeller. “While I can’t comment specifically on where we are working, we are working with some of our key partners in this region who are working silently and at great risk to serve the Christian community there.”

That’s why sharing Scripture in the Middle East and North Africa takes a special approach. “At Biblica, we’re committed to providing the resources for those Christian communities to stay strong. Our work is an essential part of many of our partner organizations that are reaching into the situation for the Christians that have been displaced.” Biblica offers the Bible in audio formats for oral learners and those unable to read. They also operate ministry centers and bookshops to provide God’s Word and a Christian witness. 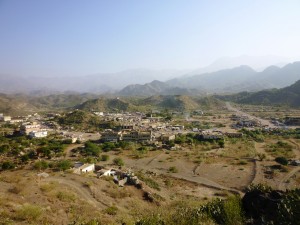 Finally, despite the immediate instability, Biblica teams are working on the first full Bible translation for the 5-million Sorani-speaking Kurdish community.

Here’s how you can pray:

*Muslim Background Believers face immediate death if they do not convert back to Islam; pray for their safety and protection.

*Pray for stability in a country deeply divided and torn by violence.

*Pray that the few thousand Christians in the country might be embraced by other believers.