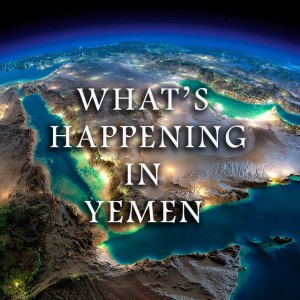 Uncertainty in the Middle East means fear
and opportunities for outreach.

Yemen (MNN) — The conflict in Yemen has claimed hundreds of lives. The warring factions have left power outages, food shortage, and water shortage is expected soon. Millions of people are affected.

Spokesman for Voice of the Martyrs USA Todd Tettleton says, “We’re looking at the potential of a Somalia-style failed state, where different factions sort of pick different parts of the territory they control, they fight each other, [and] there’s a continuation of violence and the growth of terrorism.”

The prospects for the future aren’t good. “The possibility of a full-scale civil war being funded and armed–and even maybe sending men from both of those sides–is very possible,” Nettleton says.

The interesting thing about Yemen, says Nettleton, is that these Christians aren’t just non-Muslims. “Most of what we’re talking about are Muslim converts. They are people who are seen by both sides as apostates which should face severe penalties, and in many cases, the penalty is death.”

This kind of violence affects evangelism. “As Muslims are confronted with the reality of radical Islam–particularly moderate Muslims, it puts them in the frame of mind to be open to the Gospel,” Nettleton reports.

“When we can plant seeds of the Gospel into that sort of fertile soil, we do see Muslims coming to Christ. We see Muslims choosing to leave behind Islam.”

What is VOM doing in Yemen? Nettleton says, “Most of what we’re doing in Yemen we can’t talk about publicly. But in general, we provide discipleship materials and Bibles and encourage people–not only in Yemen, but across the Middle East–to grow deep roots in their faith so that they can withstand persecution that most certainly will come their way.”

While Christians need prayer for safety. “Pray that they will have opportunities to be a witness for Jesus Christ even as their nation is in such a time of upheaval,” asks Nettleton. “We can pray that the Lord will open doors for them to be lighthouses and witnesses for the Gospel.”