International (MNN) — When Worldwide Christian Schools sent out a survey to approximately 300 schools in their network, they weren’t sure what answer they’d get.

The responses made something very obvious to WWCS who did the survey to see how they might better serve the schools they work with. “The vision or purpose of Worldwide Christian Schools is to glorify God by ensuring that all children have access to Christ-centered education,” Vander Kooy says. 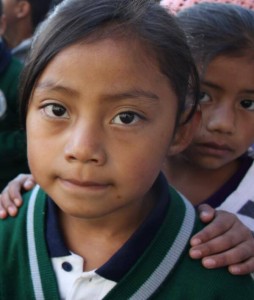 WWCS longs to overcome barriers to
special needs children getting a Christian education.
(Photo by WWCS)

The survey was part of their effort to focus and concentrate this vision that is otherwise quite broad.

Vander Kooy says, “What we found was a tremendous need and opportunity to include special needs kids into the classroom. We’re excited about that because that’s really something that many U.S. schools–public and private–do very well. But that’s not the case outside the U.S., particularly in the developing world.”

Vander Kooy explains that schools are often hesitant to include special needs children, even if it’s something as simple as missing a limb. “These kids don’t go to school because the schools just don’t feel they can accommodate them. So the kids are basically in the shadows; they’re hidden. And that’s not what Christ would want.”

Sometimes the hesitation often can stem from social stigmas based on fear.

Vander Kooy says that these children have a lot of joy and potential to offer the schools. “We’re focusing on getting those kids into the classroom–not only so that they can discover their own God-given potential, but that they can also bless the other kids that are already there.”

Part of this new focus for WWCS will involve finding people who are already involved in helping special needs children around the world. WWCS will solicit their needs to others who can and want to support them.

Vander Kooy says this direction will not take away from their existing ministry, but add to it. The children will be able to realize their God-given potential through education.

The pool of people who have special needs with regard to education is much larger than we think, Vander Kooy explains. It is important to reach these children, whoever they may be, where they are.

WWCS is especially concerned that all children are able to attend their schools because in many communities, that may be the only chance a child has to encounter Christ.

“The Gospel is integrated in every subject in these Christ-centered schools,” Vander Kooy says. The Christian schools with whom WWCS works are quite different from those in the United States.

In closed countries or communities that are mostly Muslim, there’s immense pressure that the staff of school are all non-Christian. Yet these Christian teachers recognize that they’re able to minister where churches cannot.

Their job is much harder, then, to reach a community that is often resistant to the Gospel.

“There’s a lot of challenges associated with this effort. But certainly the goal is that the Bible and Christ permeates every single subject and certainly is very visible to the kids and the parents as they observe the teacher and the school leadership,” Vander Kooy says.

WWCS will be posting more information on their Web site in the next couple of weeks. For now, pray for God’s guidance over this new development for WWCS. Pray for their effectiveness in the communities they serve.