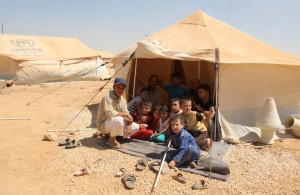 Iraq (MNN) — Despite U.S. airstrikes, ISIS is at the gates of Baghdad.

Word from Canon Andrew White, also called the “Vicar of Baghdad,” is that the militant Islamic terror group is roughly 2 km away. Already, there’s been an attack on an Iraqi base roughly an hour from Baghdad’s doorstep. The camp was overrun by militants last week.

The Foundation for Relief and Reconciliation in the Middle East noted on Facebook that fierce fighting has been reported on the outskirts of the city. It comes at a time when the United States has admitted to underestimating what’s been going on in Syria and overestimating Iraq’s ability to fight the militants.

Jeff Palmer with Baptist Global Response says, “Hopefully, Baghdad will hold up, but it does mean more refugees and Internally Displaced Persons. As the world knows, everybody is stretched to the limits from north Syria over to northern Iraq and now down toward Baghdad.”

What if ISIS does attempt taking Baghdad? It’ll make a bad situation worse, Palmer predicts. “Where do you go from your capital city? If it falls, where do you go? There are a lot of people there: a lot of believers and a lot of non-believers that are just caught up in the crossfire.” 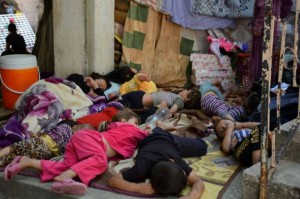 BGR humanitarian partners have been working in other parts of the country among some 250,000 other displaced Iraqis. Palmer says one of their partners in northern Iraq reported, “Every school building–about 600–was filled with Internally Displaced Persons and refugees. They can’t even get school started. How do you handle sanitation? How do you handle feeding?”

It’s more than that. Some of the IDPs were chased. The emotional and mental condition of the newer refugees is not good. “People have blank stares. They didn’t even know where they were. They didn’t know they had crossed from their country to another country. They’re just fleeing, and they’re just trying to find a place that is safe for their families for tonight. They don’t know what’s going to happen tomorrow.”

It’s the uncertainty that shatters what refuge exists. Uncertainty breeds despair. Despair often leads to hopelessness. “The Gospel plays a huge role because on top of the food and the shelter and the things that come to meet people’s needs, it actually is the only thing that REALLY gives hope for the future.” 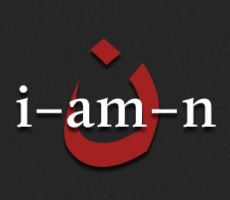 The team helped several hundred families by providing locally-purchased tents, drinking water, infant formula, and basic food staples. The same partners have helped an earlier group of refugees begin developing small businesses that will support their families and, as loans are repaid, help even more displaced families in turn. More are coming, and their resources won’t hold out. “We’ve not seen anything like this in terms of man-made disaster, war, civil war in a long time, if ever. I would say that you’re looking at the millions and the millions displaced. They’re fleeing into Turkey. On the other side, they’re going into Lebanon, Jordan. They’re displaced in the country of Syria, north Iraq.”

Yet, it has been difficult to raise the money needed to provide more than a drop in the bucket. Blame compassion fatigue, but Palmer says it’s more than numbers. “You can look at the millions and say, ‘Yeah, they’re just numbers,’ but also they’re individual stories of people fleeing, like a son carried his father 60 miles on his back to get him to safety.”

The displaced families represented the range of northern Iraq’s residents who would rather flee than submit to radical Islamist rule, including many Christians. Some observers believe northern Iraq’s ancient Christian communities are on the verge of extinction. Palmer says, “Pray for peace in this area. Pray that the Prince of Peace would come and change hearts. Until hearts are changed in this conflict, I’m not sure we’re going to see an end to it.”

Ask God to make His great love known to every Iraqi heart that is searching for peace.

Learn more about how you can help in this crisis by clicking here. Donations may be directed to BGR’s Disaster Response Fund. You can donate $10 to the fund by texting BGR to 80888.