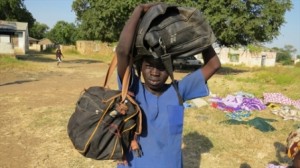 Nigeria (WWM/MNN) — The violence caused by Nigeria’s Boko Haram terror group is so bad leading up to the elections, some voters may forfeit their vote just to get away.

The general elections were moved from February 14 to March 28 because of a sudden uptick in deadly bombings and attacks. A World Watch Monitor source says many Nigerians have fled back to their hometowns to get away from the hot zones.

The election between the two main candidates: incumbent President Goodluck Jonathan of the ruling People’s Democratic Party (PDP), and the opposition (All Progressive Congress – APC) has intensified ethnic and religious tensions.

There’s precedent for the concern. Post-election violence spread to all 12 Northern States in 2011 is described as one of the bloodiest episodes in Nigerian history. More than 350 churches were burnt down, among other properties.

Meanwhile, notes the WWM report, about 1.5 million people displaced by the Boko Haram insurgency in the North may not be able to cast their votes, although the government says it has plans for polling stations in Internally Displaced Peoples (IDP) camps. 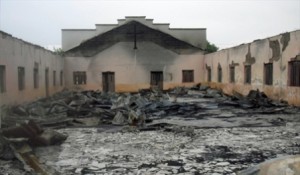 In the days leading up to the election, the Christian Association of Nigerian-Americans (CANAN) is collaborating with the African Strategic Leadership Prayer Network (ASLPN), The Praying Army, Wailing Women Worldwide, and the U.S./Canada chapter of Nigeria Prays. All five of these U.S.-based groups are committing to a prayer vigil every Saturday until the elections are over.

All Nigerian churches and pastors are also being humbly requested to announce the prayer vigil on the phone, in the churches, and also raise prayer points during the Sunday service of March 15 that God’s will be done in Nigeria and that there shall be peace before, during, and after the elections scheduled for March 28 and April 11.

Ask God to intervene for quiet and peaceful elections. Pray that Christians in Nigeria will demonstrate the love of Christ as they face opposition. Pray for the cruelty and injustices of Shariah to be exposed.