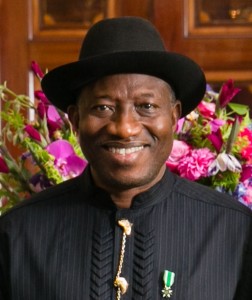 Nigeria (MNN) — Whether you’re pondering what you to get your sweetheart this Valentine’s Day, or rebelling against the holiday altogether, consider this: presidential elections in Nigeria are taking place February 14, and there’s one question on everyone’s mind: What will Boko Haram do to try and stop them?

Already, tension is building. The Islamic militants have stepped up their game of violence. Just minutes after President Goodluck Jonathan left a campaign rally earlier this week, a suicide bomber blew herself up.

We spoke to Todd Nettleton of Voice of the Martyrs to get some background on what this would mean for Nigeria as a country and for Christians.

Currently, the militants are pushing up into Maiduguri to gain control of the city.  They’re expected to continue ramping up attacks in the days leading up to the election.

“It really seems like, as we head into the final days of the campaign, that it’s not looking good for law and order,” Nettleton says.

The two presidential candidates, President Goodluck Jonathan and Muhammadu Buhari, are using the discussion of Boko Haram in their campaigns. People just want the violence to stop.

Mr. Jonathan comes from the South and is a Christian. He claims he can control Boko Haram. But many are asking how–after four years of growing violence–he could do anything different to change the situation.

Mr. Buhari is from the North and is a Muslim. He also says he can break the violence of Boko Haram.

Nettleton says regardless of who is elected, they will need help from the military. The scary thing, according to Nettleton, is that there have been repeated reports and allegations that some members of the Nigerian Military are sympathetic to the Boko Haram.

For now, the election itself is in jeopardy. If the communities where Boko Haram is most active are prohibited from voting, it could threaten Mr. Buhari’s vote as these communities are Muslim.

Meanwhile, according to Voice of America News, Chad, Cameroon, Niger, and Benin are contributing troops to fight back Boko Haram. The number is 7,500. Cameroon and Chad especially have been helping Nigeria fight the Boko Haram. They reportedly killed 200 militants in a battle outside of Fotocol on Tuesday this week.

However, Boko Haram once more attacked Fotocol a day later and killed over 70 people.

Nigeria (and Cameroon)  may seem far away for most of us. We might have a hard time connecting with the politics or even understanding their terrors. However, there is something we can do regardless of where we are.

“As far as the Church is concerned, this is something that really needs to be a significant item on our prayer list because they want some of the same things that we want here in the United States,” Nettleton says. “They want the freedom to gather and worship safely. They want to be protected against radical Islamic terrorists that would come against the Church, that would come against Christian schools and other schools. And, they want law and order.”

There’s another item you can pray for. As the tension builds and the Boko Haram threat grows, a couple of new trends are rising.

The first trend is that churches are more security-conscious and paying better attention to who’s entering their buildings.

The second trend, though we’ve discussed it before, is always encouraging. Nettleton explains, “I think it’s also created a little bit of a new hunger for the Gospel. There are Christians that are taking their faith more seriously because they recognize the closeness of eternity; they recognize the fact that we’re not guaranteed tomorrow.”

And it’s not just current Christians who are becoming excited about the Gospel, either. Many we would consider moderate Muslims are turning to Jesus because of what radical Islam promotes. They’re not interested in a religion that encourages them to kidnap girls and bomb churches and schools. They are open to the truth of the Gospel of Jesus.

“I think that’s another thing we can pray for: that there will be that hunger and that openness in the Muslims of Nigeria as they see what radical Islam really means,” Nettleton says.