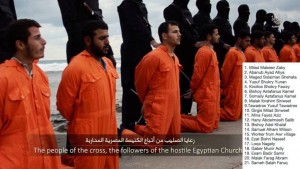 International (MNN) — Story after story of the brutality of the Islamic State has people wondering what it will take to stop them.

A U.S. State Department spokeswoman says the war won’t be won by killing ISIS members…rather, give them jobs. Marie Harf’s interview on “Hardball with Chris Matthews” revealed an interest in exploring the root cause of the war and trying to get ahead of the problem: poverty.

Tom Doyle, a Middle East expert and spokesman for E3 Partners disagrees. “There haven’t been terrorist groups that have had this kind of money since Arafat did when he was leading the Palestinians. ISIS started with $1.2 billion. Al-Qaeda started with $35 million. We actually have ISIS right now selling oil to the Iraqi government.”

Doyle acknowledges that there are people who don’t have jobs, “and that’s an easy thing for them to take the money and join the terrorist group, that’s for sure. But it’s the failure of the Islamic government to develop a cohesive financial plan for their nation.” However, he says, “It really isn’t a financial issue. It’s a spiritual issue.”

Doyle compares the situation with ISIS to the story of Elisha in II Kings 6. The king of Syria came after the prophet Elisha to find out how he knew to warn the king of Israel away from ambushes and other military traps. The Syrians surrounded the city where Elisha and his servant were. “He prayed that his servant (who was afraid of the imminent attack), that his eyes would be opened. His eyes WERE opened, and he saw the chariots of fire surrounding them, and he realized that the God of Israel was on their side.” It’s striking how similar the situation seems. Doyle says there’s no hidden agenda because it’s obvious Satan is using the group. “It’s as if recently everybody’s eyes have been opened, like that servant of Elisha. We’ve been able to peel back what’s been going on and see this physical war for what it is: it’s a spiritual war that’s raging in the heavenlies.” 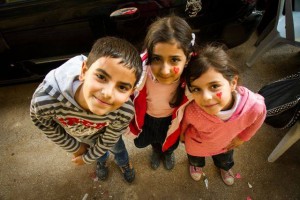 In contrast to the methods of ISIS, the Church is also growing, but it’s flourishing in private homes, face to face. “We’ve got to remember that there are believers standing firm for Jesus right in the middle of ISIS. They are losing their lives, but this is bringing the Church together to realize what we’re up against in these days.” E3 Partners is responding. “We’re sending in resources. We’re doing training, we’re helping them form underground, life-giving churches that can multiply. We want them to be sustainable. We want them to know that their brothers and sisters in the West are walking arm-in-arm with them. We’re praying for them daily.” 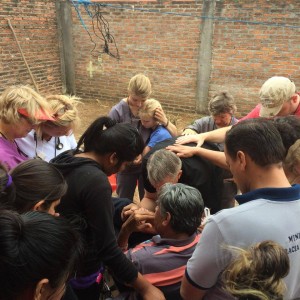 In fact, says Doyle, “The recent stats from the International Mission Board Southern Baptists, are saying that some of the fastest-growing churches are actually in the Middle East and Central Asia–right in the heart of Islam.”

While fear can hold people in a religion in check for a while, it can’t stop questions that are forming with each mass murder in the name of Islam. “There’s a hunger right now, because these are people that have believed they are serving God. They’re looking at what’s happening in their religion, from groups that say they’re literally studying the Quran, following the Prophet. It’s making them look at their religion and say, ‘I have a lot of questions.'”

Pray that the Christians in the region will have the opportunity to provide those answers. Keep up to date on prayer needs in the ISIS areas by joining a worldwide daily prayer vigil at 8:30 pm (Rom 8:38). You’ll find the group on Facebook at 8thirty8. There are more ways to support E3 Partners here.