North Korea (MNN) — You’d like to think they were just acting in good faith. The reality: what does the Democratic People’s Republic of Korea stand to gain by releasing two captured Americans?

This weekend’s move was preceded by the release of Ohio resident, Jeffrey Fowle. Todd Nettleton, a spokesman for the Voice of the Martyrs USA, says, “The last two Americans that were being held by North Korea–including Kenneth Bae, who is known to be a Christian and was there, at least in part, to do Gospel work–those last two Americans (and Matthew Miller) have been set free.”

James Clapper arrived in North Korea, and left just as quietly. “The director of national intelligence from the United States went to North Korea for a meeting with officials there. It’s still unclear exactly who he met with, but he did come home with those two Americans on his plane.”

Is this a good faith move connected to an expectation? Does it mean a thaw in relations? After holding these Americans for months, why the sudden release? Nettleton suggests that even the experts can only offer speculation. “What is North Korea’s game? What are they trying to gain?” Could it be a public relations move to restore Kim Jong-un’s image after a long absence? “They have wanted a visit from a high level official. They will paint that in North Korean media to their own people as, ‘We have all the power! Look at how this happened!'”

Although the prisoner releases are seen as welcome relief, Nettleton is quick to add, “There are still thousands of North Korean Christians in prison camps in North Korea. Their names are not known. Their stories have not been told. No international government is really pressing for their release, so they are the people that we need to continue to pray for. Where we have opportunity, we need to continue to have a voice for them.” 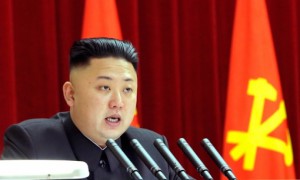 Juche, the worship of the leader Kim Jong-un and his predecessors, leaves no room for any other religion. As a result, Christians face unimaginable pressure in every sphere of life. Anyone discovered engaging in clandestine religious activity may be subject to arrest, arbitrary detention, disappearance, torture, even public execution. Your prayer is needed for those who are already followers of Christ, says Nettleton. “We need to pray for God to protect them and watch over them. I think there is a great need to pray for encouragement because it would be so easy to become discouraged in a country that completely hates and dominates Christians.”

But, he says, keep praying for more North Koreans to respond to the Gospel. Nettleton explains, “Voice of the Martyrs is involved in Gospel radio broadcasts across the border into North Korea. We’re involved in balloon launches that carry Gospel tracts, and even complete New Testaments.” 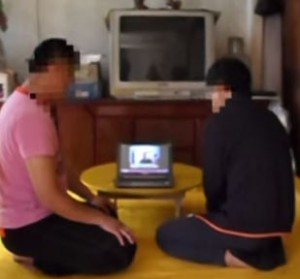 Plus, there are Ministry Packs. These contain a New Testament, a USB thumb drive loaded with Christian material, and basics like socks, shampoo, and noodles. More than 1,500 of these Ministry Packs will be distributed to North Koreans in and outside of North Korea this year. “Pray that there will be fruit from those efforts and the efforts of others to share the Gospel with North Korean people because they live a very hopeless existence.” VOM workers find that even packs distributed outside the country often make their way back into North Korea, as North Koreans send them as gifts to family members.