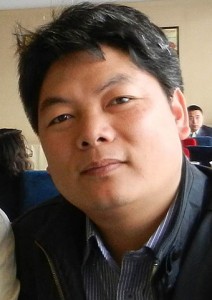 China (VCM) — [EDITOR’S NOTE: The following report was originally shared by The Voice of the Martyrs Canada.]

Wenxi, who is from Beijing, had travelled to Shanxi province to help local Christians open a new bookstore. Police raided the new business and confiscated hundreds of books. On December 19, 2012, Wenxi was asked to come to the police station in order to retrieve the $6,000 worth of books that had been seized by authorities. Upon his arrival, he was immediately arrested and sent to prison. The bookstore worker was later denied bail and then sentenced to two years in prison on June 17, 2013.

VOMC’s initial report, which provides more details of his arrest, can be found here.

Wenxi’s family is cautiously optimistic that he will be released on schedule. Since being transferred a few months ago to the prison where he’s currently being detained, he has received better overall treatment and was even permitted to make sporadic five-minute calls to members of the family. His wife, Cai Hong Li, reports that he sounds encouraged and is in good health. She is also thankful that while in prison, Wenxi was able to share the Gospel with other inmates and, as a result, several have become Christians.

Though Cai Hong hopes her husband will take some time to rest after his return home, she told VOM staff that he is passionate about the bookstore ministry and will likely want to return to this work as soon as he is released. She then asked for prayer for his forthcoming release and, additionally, for the improvement of her health as Wenxi’s imprisonment has been very difficult on their family.

How encouraging to receive this news of Wenxi’s soon-approaching release from prison! May there be no delay of schedule concerning his release so he can be reunited with his family in time for Christmas–a gift they will most certainly treasure this season. May the transition go smoothly, bringing needed healing and restoration to each member of his family after the ordeal they’ve all experienced.

Let us also pray for Wenxi’s friend and bookstore co-worker, Lacheng Ren, and others who are imprisoned in China for their faith. Ask the Lord to mediate on their behalf as well, while caring for them and their families throughout the legal processes. In the meantime, as in the case of Wenxi, may they have opportunities to lead many to Christ.