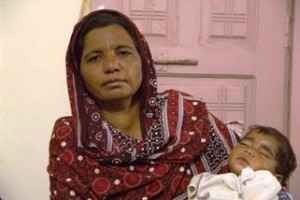 Pakistan (MNN) — Regional police in Pakistan have arrested at least 44 people in connection with a pair of brutal vigilante killings on Monday. Authorities also beefed up security in Christian neighborhoods in Clarkabad, not far from Lahore, the capital of Punjab in the central region.

Greg Musselman, a spokesman for the Voice of the Martyrs Canada, says a young Christian couple fell afoul of the infamous blasphemy law. “It’s a draconian law, and it is used against the Christians often.” He goes on to explain, “They [the couple] were completely innocent; it was not a case of blasphemy. It was actually over money. The Islamic clerics got people all excited and worked up, and they attacked this couple.”

26-year-old Shahzad Masih and his five months-pregnant wife, 24-year-old Shama Bibi, were accused of burning the pages of a Qur’an. Before long, the couple was surrounded by a mob that beat them with shovels and tortured the husband before incinerating their bodies in a kiln at the brick factory where they worked.

Pakistan’s constitution guarantees religious freedom, but part of the penal code stipulates that any person who defiles the name of the prophet Muhammad or the Quran may be punished by life in prison or death. In practice, “This law continues to be used to attack the Christians. Often, it’s nothing to do with somebody saying anything against Mohammed or against the Qu’ran.” 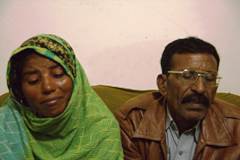 Monday’s murders were so brutal, they got global attention. Musselman wants to mobilize that awareness into something more. “The international community has got to put more pressure on the Pakistan government…actually coming out and saying, ‘This is absolutely horrible what’s happened!’ But this goes on and on and on.” Islamic cultural pressure is what protects them, he admits. “We pray that this blasphemy law would be struck down, but boy, that’s going to be a big task.”

Churches in Pakistan are frequently vandalized, and Christians are beaten, raped, abducted, and murdered with impunity. Christians also face discrimination in employment and education, keeping them entrenched in the lower classes, doing menial labor or working off debt.

VOMC notes that the trouble has been intensifying over the last five years. In 2009, more than 100 houses of Christians were looted and set on fire in the city of Gojra. In 2013, thousands of Muslim fundamentalists attacked Joseph Colony, a Christian locality in the heart of Lahore. One of the most infamous cases connected to the blasphemy law is Asia Bibi, who faces the death sentence for her conviction on the charges.

Still, Musselman says, there remains a Church body. “That’s why organizations like Voice of the Martyrs and Open Doors and others that are working in the country are committed to giving them the tools that they need so that they can be effective in evangelism.” He urges believers to pray for those who are determined to share the hope of Christ. “We really need to see the Church continue to evangelize and not be intimidated by these kinds of laws, and then also, that they would have incredible wisdom in how they go about spreading the Gospel.”

Please also remember to pray for the rest of the family. World Watch Monitor reports that Masih and his wife are survived by four children: Solomon (8), Zeeshan (5), Sonia (4), and Poonam (18 months).