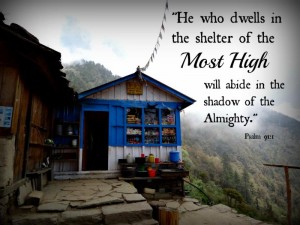 Nepal (MNN) — It’s been ten days since a powerful 7.8 earthquake hit Nepal, breaking an 80-year record. With the extent of the devastation still unfolding, hope for finding survivors under the rubble is dwindling.

However, there is good news from Vision Beyond Borders. The ministry reports that all of the kids from their children’s homes in Nepal are safe and uninjured.

While there’s celebration over their safety, there’s still major concern for the half-million people who have been displaced.

The grief-stricken survivors are in some of the worst conditions imaginable. VBB reported supplies such as food, water, and shelter are scarce. People are living in tents, or out in the open. A VBB contact in Nepal said his house was badly damaged and the police told his family they could not go inside.

Patrick Klein with VBB said in a recent article, “A lot of people are living in the streets; they’re still afraid of the buildings coming down.” 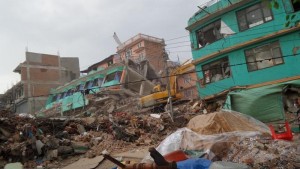 To make matters worse, temperatures have dropped, and rain is beginning to fall. The monsoon season is approaching.

Due to adverse conditions, little aid has made its way into the country. Helicopters have dropped tents and limited supplies to larger, more populated parts of the country. But, it’s not enough for the eight million who were affected. By the looks of it, sufficient aid won’t be coming in immediately.

USA Today reported Nepal shut its international airport to large planes because of damage made to the main runway.

But some hope remains. UN coordinator for Nepal, Jamie McGoldrick, told the Associated Press, “You’ve got one runway, and you’ve got limited handling facilities, and you’ve got the ongoing commercial flights. You put on top of that massive relief items coming in, the search and rescue teams that have clogged up this airport. And I think once they put better systems in place, I think that will get better.”

The Good News
Some of the aid that has advanced into the country is made up of ministry groups coming from all over the world. They’re helping residents clean up and rebuild brick by brick.

Their work is coming down to this: amid the devastation, there is good news involving strength, unity, and the message that God is still there.

So many times, He seems to work mysteriously through tragedy. People are able to minister and bring hope to others despite harsh conditions. They bring relief and even joy in the midst of the trials.

“Christians are able to minister and share what they have, whether it’s food or medicine or water. What happens is, these unsaved people say, ‘Wow, you Christians are different; you really care about us. We want to know about Jesus. Tell us why you do what you do,” Klein told MNN last week. 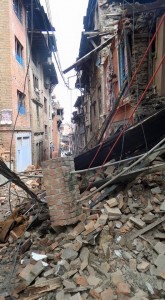 On May 12, a VBB team is heading to Nepal to deliver food, medicine, water purification systems, and temporary shelters. They will be spreading the Gospel and helping to meet the needs of ministry partners.

They need your support so they can bring aid to survivors. Click here to help. 100% of donations will go to help survivors in Nepal.

Pray For:
• The VBB contact’s family to find safety, shelter, and supplies.
• Survivors who have lost their families and all their possessions to look to God.
• The VBB team to provide, minister, and give hope to those who need it most.