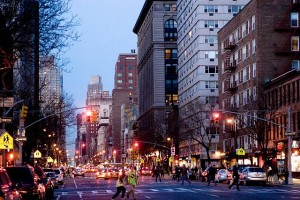 International (MNN) — The world is constantly in flux. Urbanization and migration are some of the biggest issues today’s global Church must confront, especially given the rise of conflict and disease. Traditional evangelism techniques and strategies don’t always work in a changing landscape.

Global Frontier Missions (GFM) is one of the many ministries taking advantage of urbanization and migration to further the Great Commission.

“Anytime in our lives we’re in transition, or we’re in a different situation, we tend to be more open to different things,” says one GFM worker, speaking about humanity in general.

Approximately half of humanity lives in an urban area, and Asia holds the top five most-populated cities: Tokyo, Jakarta, Delhi, Seoul, and Manila. By 2030, the UN says nearly 5 billion people will be living in a city setting, with most urban growth concentrated in Africa and Asia.

When foreigners find fellow immigrants who hail from the same country or village, they quickly form communities that remind them of home. These communities become front-door mission fields for ministries and believers with eyes to see.

“We know our country,” the worker says of herself and fellow GFM workers, “and we have a special opportunity, as hosts, to make [foreigners] feel loved. And through that, [we] share how God in His Word says He loves the immigrant, He loves the refugee.”

Migration is one of the primary factors fueling today’s massive urbanization trend. 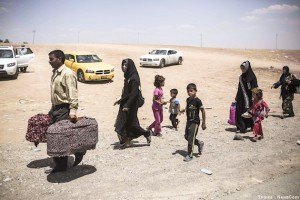 “Around the world, Christians are waking up to the reality that the massive movement of peoples in migration presents an unprecedented opportunity for spreading the Gospel,” penned Pocock.

Mission trends and you

Urbanization and migration aren’t just theoretical trends for mission leaders to consider. They directly affect you and your role in the Great Commission.

“If you’re wondering where to start,” the GFM worker says, “I would recommend a great site called PeopleGroups.info.” 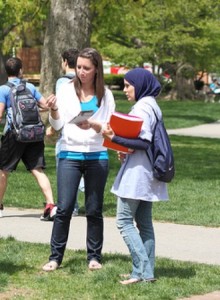 Using information from this Web site, you can dive into the mission field around you.

“Spread the love of God and start having global eyes to see where immigrants are among you,” says the GFM worker.

“Become close with these immigrants and, you know, invite them to your house. Don’t be afraid to go to the temple and ask silly questions. They would be happy that you talked to them and ‘invited’ them into your country.”

You can also “reach the unreached” through GFM in multiple ways: missionary apprenticeships, short-term mission trips, and summer internships, to name a few. Visit GFM’s Web site to learn more about their ministry and how you can come alongside their efforts.