International (MNN) — A number of U.S. pastors are being asked for their sermons. The requests are not coming from people eager to read the sermons, but they are coming from the City of Houston, Texas, in the form of subpoenas.

According to reports, the subpoenas were issued by Houston’s city attorney in response to a lawsuit filed by opponents of the Houston Equal Rights Ordinance that allows men and women who identify as transgender or opposite sex to use the facilities–such as restrooms–of their choice.

Those subpoenas were recently amended to say “speeches” instead of sermons. But, either way, most Americans are asking the question: “Isn’t this a violation of the First Amendment to the U.S. Constitution?” 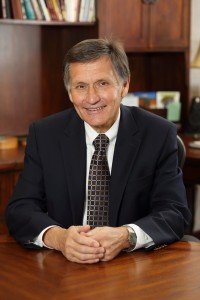 President of Reach Beyond Wayne Pederson says, Yes. “It would be quite a precedent when sermons given in church have to be turned over to the courts; that’s just an unprecedented thing. It’s almost unbelievable that it would happen in our country. It’s a violation of the First Amendment and separation of church and state.”

While this seems like an unprecedented situation, Pederson says it may be small in light of what’s happening to Christians in other parts of the world. “Jesus promised we would be persecuted and we would be monitored and scrutinized. Jesus said, ‘There will be times you will be hated because of Me.'”

Pederson says while individuals in the United States have the right to be a Christian, in many parts of the world, they have no rights.

According to Pederson, this isn’t all bad news. “Where there’s persecution, the church grows. Some of the fastest growing churches in the world are in Iran and Afghanistan,” says Pederson.

Your support is needed to help facilitate more of this type of outreach, which is seeing success. If you’d like to help Reach Beyond with this cutting edge outreach, click here.