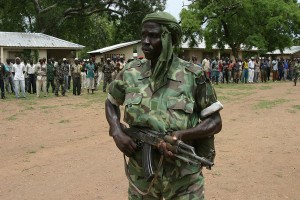 Yet, The JESUS Film Project (JFP) is seeing transformation among the Sango-speaking people, due to the Sango “JESUS” film. A group was recently baptized, and six churches have been planted so far.

“The people were so hungry for the teaching found in Walking With Jesus: after the fifth episode finished, they asked to watch the series again!” the ministry reports.

According to the Joshua Project, there are approximately 442,000 Sango people in CAR, and 49% are evangelical believers. They have many Scripture resources available to them in their heart language, including the JESUS film. 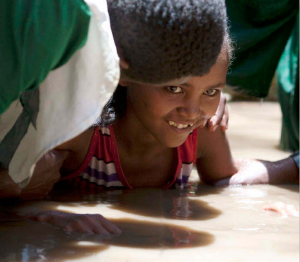 Pray for the Gospel to continue to heal CAR through the JESUS film.

JFP distributes the film JESUS, a two-hour docudrama about the life of Christ based on the Gospel of Luke. The film has been seen in every country of the world and translated into hundreds of languages since its initial release in 1979.

As a result, more than 200 million people have indicated decisions to accept Christ as their personal Savior and Lord.

The JESUS Film Project is a ministry of Cru, an interdenominational Christian evangelism and discipleship ministry committed to giving people everywhere the opportunity to know and experience God’s love and plan for their lives.

Learn more about their work by visiting JFP’s Web site.