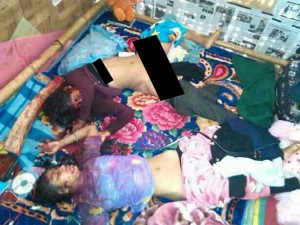 Burma (MNN) — Hearts are breaking in Burma. Army soldiers raped and killed two young Christian women as they slept in their church compound in Shan state.

The Kachin women mentioned above were sent by the KBC to people living along the Kachin State-Shan state border. They were actively teaching people about God’s love, Partners’ contacts report.

“This event really highlights what has been going on daily,” shares Partners co-founder Steve Gumaer. “Burma is still under the same kind of military rule and brutality as it has been since the ’90s.”

A crime like this one stands in stark contrast to the image Burma’s government is trying to portray. As noted previously, Burma’s current administration claims the country is taking great strides toward democracy. 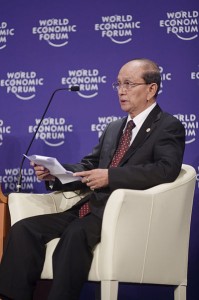 However, as Gumaer consistently reports, reality on-the-ground is anything but positive.

“The conflict is brutal. The conflict hasn’t let up, despite the quasi-civilian governmental change,” he states.

“[This is] a continuation of the same kind of impunity that the Burma Army operates under.”

No one is holding Burma’s government accountable for its crimes. You can help change that by sharing this story with your elected officials. If you live in the U.S., contact your state representative or senator here.

“Pray that this war would end, and that the deception that surrounds Burma and the regime would be identified,” Guamer requests.

Fighting for the Kachin

Partners has been helping the Kachin people in Jesus’ name for nearly five years. They began working alongside this persecuted people group soon after June 9, 2010.

“The Burma Army was forcing [the Kachin] to become a proxy of themselves in 2010, and on June 9, 2010, they began attacking their positions because the Kachin wouldn’t join the Burma Army,” explains Gumaer.

The Kachin and Shan states, where most ethnic Kachin people live, are located in northern Burma along the border with China. These areas are rich in natural resources like teak, jade, gold, and oil, Guamer explains.

Therefore, the land and Kachin people are a prize commodity regularly exploited by Burma’s government. Since 2010, “It’s been overt war; it’s been Burma Army forces advancing on Kachin villages and Kachin defensive forces.” 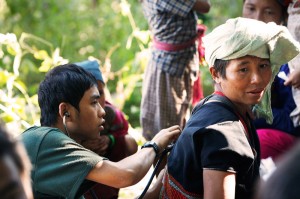 In the beginning, Partners helped the Kachin organize relief supplies like tarps, bamboo, and rice. Now, they’re working with Kachin leaders on more sustainable solutions for the 375,000 people displaced by government forces.

“We also helped them set up schools for their kids and various other things, like training leaders in each population of refugees to care for their own people,” says Gumaer.