Japan (MNN) — Mount Ontake’s unexpected volcanic eruption is the deadliest in Japan since 1926.

The death toll is at 48 after as more victims were discovered on the summit, noted media reports yesterday. According to Japan’s Meteorological Society, Mount Ontake is Japan’s second-highest active volcano; it last had a minor eruption seven years ago.

Caution is prudent. On Saturday, the eruption of the 10,062-foot peak, 125 miles west of Tokyo, blanketed the peak with a deadly rain of ash and stone. Asian Access Vice President for Advancement Jeff Johnston explains, “The eruption really didn’t have any warning. It’s a popular spot for hikers, even those on religious pilgrimages will go. It erupted without much warning–couple of minutes. There was some rumbling, I think that some people reported, but not much. It just spewed ash and poisonous gas.” 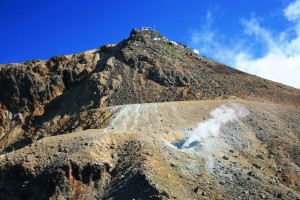 Search efforts resumed despite fears of toxic gases and another eruption. Johnston adds, “The seismologists are saying, ‘Be careful. It’s still ongoing. It’s till spewing ash and poisonous gas.’ The government and the rescue workers are working there. You need to be praying for those working with immediate rescue and recovery.”

Some of the headlines are calling it a “national tragedy.” It’s understandable. “It’s been a difficult few years for Japan. On March 11, 2011, they had the triple disaster with the 9.0 earthquake, the tsunami, and the nuclear crisis. They’ve been dealing with that, but when another thing happens, Japan’s mindset does get rattled a bit,” Johnston adds.

Even though they’re rattled, this is where the concept of gaman comes in. Gaman is widely defined as perseverance, self-denial, or according to Wikipedia, “enduring the seemingly unbearable with patience and dignity.” Structure provides the foundation for resilience. Plus, after 2011, emergency response to a single event will be smooth.

Teams are still in place from the triple emergency. A good share of A2’s resources and people are still invested in the 2011 triple disaster zone (Tohoku). Does a disaster like this impact a ministry like Asian Access? Not precisely. Although Asian Access does not have personnel in the area of Mt. Ontake, that doesn’t mean that believers won’t respond, explains Johnsont. “The Church is definitely going to be there for emotional rebuilding. They have gone so far in advancing the cause of Christ in terms of this triple disaster.”

Although Mt. Ontake is a short-term crisis, A2 needs wisdom to know how to practically help with this new disaster. The way they will help is to come alongside the Japanese Church and its leaders, helping to equip and encourage them for the ministry of emotional rebuilding, just as they are doing in Tohoku. “Pray that this kind of an event would cause people to ask the deeper questions of life, and that the Church would be there to provide hope through Christ and provide encouragement and practical help.”

It won’t be the last natural disaster in Japan, so there will be more opportunities for the Church in Japan to respond with God’s love. Johnston considers this final point. “As horrible as this event is, pray that the Japanese people would think about eternity and their own mortality–in other words, how they want to live their lives in light of eternity.”