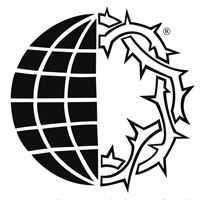 North Korea (MNN) — Last week, threats and several bombings were exchanged between North and South Korea. It was the highest tensions have been between the neighboring countries in years.

“The North Koreans have even, in 2010, sunk a South Korean ship. They have always refused to acknowledge that it was their fault or to apologize,” says Todd Nettleton of Voice of the Martyrs (VOM).

“The South Korean government, in this instance, is saying, ‘We’re not going to settle for that sort of ignoring the issue. You must apologize.’

After refusing to do so, South Korea blasted loudspeakers that had been inactive for 11 years, to spread truth about North Korea and it’s leaders. For the North Korean government, that is one of the most dangerous things to happen.

The information that came across the border from the loudspeakers quickly acted as a direct threat to the North Korean government. “And you can see in the level of their response that they [felt] threatened by it,” Nettleton says.

Friday, Kim Jong-un declared a “quasi-state of war” on the south and ordered troops to prepare for battle.

While North Korea doubled the artillery forces on it’s frontlines and 50 of the country’s submarines disappeared into unknown locations, it looked like this conflict would end up in more than a “quasi-state of war.”

Yet after several days of negotiations, an agreement was struck on Tuesday morning.

In the agreement, South Korea said it would stop propaganda. North Korea expressed regret for the injuries of the soldiers and said they would call off the “semi war.”

While the world held its breath over the last few days, the people of North Korea went about their business unscathed, and not the least bit concerned, according to the Associated Press.

Why? Because threats of war are nothing new to their daily lives.

“The North Koreans will often make these amazing statements of ‘You’ve done this and we’re going to respond this way.’ So until it goes [further] than what it’s gone now, I think it is posturing, and I think it is kind of back and forth,” Nettleton says.

Associated Press journalist Eric Talmadge writes, “North Koreans are accustomed to being told they are on the brink of war with their southern neighbors and U.S. troops.”

Having become accustomed to rumors or threats of war, and growing worshipping their leaders, the truth of the Gospel is vital for the people.

“We are involved in getting information into North Korea, getting New Testaments in, getting Gospel radio broadcasts in,” Nettleton says.

As tensions ebb for the moment, pray that God will grant the Korean governments wisdom to find a permanent solution. Also pray for the church to stand firm during persecution.

North Korea is #1 on the Open Doors World Watch List.