USA (MNN) — While globalization is one of the key issues highlighted at this year’s Missio Nexus Leadership Conference, so is urbanization: the movement of people from remote locations into the city. Laurel Verburg of World Mission shares why their audio Scripture device, The Treasure, is perfect for both settings.

“No matter what your mission is, chances are the population you’re working with is going to respond to an audio Scripture,” Verburg observes. “So, The Treasure is a great tool for doing that.

“Small group ministry is huge in churches,” she adds, “and if you’re talking about urbanization–where people are coming in from remote areas, or coming en masse, illiteracy is still an issue.

“I would see that [The Treasure] would be used very appropriately for a local Christian that’s trying to reach people that are coming in. You could set up listening groups that give hope [to foreigners] with the Truth of the message of Christ.”

World Mission uses The Treasure as a tool to deliver God’s Word to those who have never heard, targeting especially unreached people. Verburg is one of the World Mission workers spreading the word about The Treasure among Missio Nexus attendees. 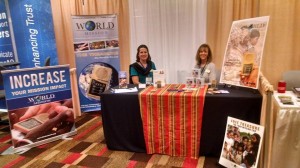 “Unreached people groups: that’s our hotspot,” states Verburg. “But, we love other people to consider it as a resource for what they’re doing.”

When other mission groups or churches ask World Mission for Treasures, Verburg says they first ask which people groups are being ministered to. Then, World Mission loads blank Treasure devices with whatever language is needed.

There are over 6,000 recorded languages World Mission can load onto The Treasure. But, this small organization didn’t record all the languages by themselves.

“We share a library with other organizations,” Verburg explains. “We don’t want to redo what’s already been done well.” 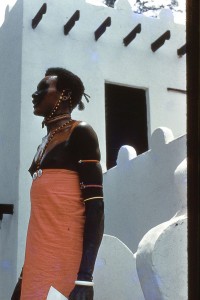 Introducing people to Christ is the first purpose for The Treasure. But it’s not the device’s only function.

“It can be used in so many other ways besides evangelism,” notes Verburg. “For example, in northern Kenya, Swahili is a very common language. But we might be working with the Rendille people. We can put two languages together if that’s appropriate.

“Of course, we want the heart language first, but Swahili might be very valuable for them in learning, increasing their literacy, [etc.].”

Contact World Mission here to get The Treasure for your ministry.