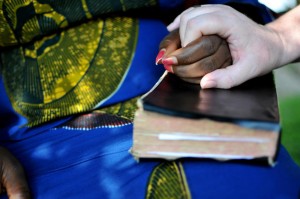 Middle East (ODM) — Editors note: This is a report from Open Doors USA sharing how the Middle East is finding Christ, despite hostility and turmoil.

The Middle East is in turmoil. Civil war in Syria, a battle against the Islamic State in parts of Iraq and Syria, refugees flooding Lebanon and Jordan, Internally Displaced Persons (IDPs) fleeing to safer areas in Syria or Iraq. That is the negative side, but the other side looks more positive: Muslims finding Jesus in all four countries.

During church services in Syria and in Lebanon, there are amazing scenes taking place. Take, for example, on one recent Sunday morning in a Lebanese church, a transformation continued. Early in the morning, busses stopped in front of the church. Groups of Syrian refugees jumped from the busses and walked into the building. The pastor even started a second service on Sunday mornings to have enough room to accommodate refugees and his own church members.

During the services, veiled women sang praises to God. Later, their children sang two moving songs with all their hearts while making the gestures, filling the building with joy and painting many smiles on their parents’ faces.

In Lebanon, a miracle has happened. Previously, many Lebanese Christians hated the Syrians because of the actions Syrians carried out during the occupation of Lebanon less than a decade ago. Now they embrace many of them.

Many former Muslims have entered the church buildings in other countries such as Syria. Recently a young Christian woman from Syria even said: “Thank God that we have gone through this crisis. We, as a church, became stronger because of it.”

Pray for refugees in the Middle East to continue coming to God and learning to love one another.