USA (MNN) — It’s more than 35 years old. It’s a tool that has revolutionized evangelism around the world. It’s based almost entirely on one book of the Bible. And, it may be the only resource available in the heart-language of many unreached people groups around the world. Of course, we’re talking about the film JESUS, a key to evangelism. 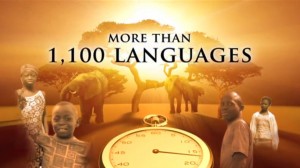 Director of Global Partnerships with The JESUS Film Project Bill Wolfe tells us partnerships are essential in making the film available. “In order to produce the film, we have to have the book of Luke because about 90% of the JESUS film is just the book of Luke.”

That’s why partnerships with Bible translation organizations like Wycliffe Bible Translators, The Seed Company, and others are vital to fulfilling their mission.

Wolfe says it’s essential for ministries working among unreached people groups. “Those that want to reach these most unreached groups can hear the Gospel and see the Gospel. Many of these [unreached people] groups are illiterate; they can’t read, and so even if they had the Bible translated into their heart language, they couldn’t read it.

There’s another reason why the JESUS film is a great evangelistic tool. Wolfe says, “It would be the ONLY film EVER in their language and it would be such a curiosity that everyone would want to come see it.” 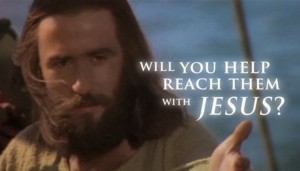 Wolfe says today there are more than 700 requests to start a JESUS film translation project. “There are still 865 languages that have at least 50,000 speakers each, that have no JESUS film. Our tool, this visual and oral film, could be the only tool they would ever have in that language.”

Because of this, The JESUS Film Project has had thousands of partnerships with church planting ministries. “They know what to do in terms of getting people into a group and how that becomes a church. Where they needed help is on the front end, with the evangelism side of proclaiming the Gospel,” Wolfe says, but also relief and development organizations. “They not only want to come alongside and do wonderful good deeds, but they also want to be able to share the Gospel.”

Today, there are more than 1,260 completed languages. Pray that God will provide the funding and partnerships needed to complete the task of completing the Great Commission in our lifetime.