Pakistan (MNN) — While the Islamic State (ISIS) has been in Pakistan since October, the Pakistani government is finally acknowledging the group’s presence. In a weekly briefing yesterday, the foreign ministry spokeswoman confirmed that people with links to ISIS (known in Pakistan by its Arabic acronym “Daish”) are in police custody.

Despite knowing at least one month ago about the Islamic State’s foothold in Pakistan, authorities repeatedly denied the group’s presence in their country.

“Pakistan, where Islamic State is now really getting a foothold, is a nuclear power. And the government is unstable; it’s shaky,” Bruce Allen of Forgotten Missionaries International (FMI) observes.

“If these [nuclear] weapons get into the hands of Islamic State, that’s a global catastrophe.” 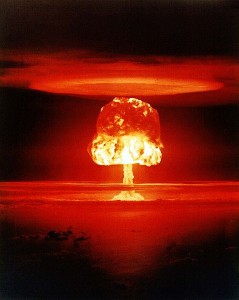 Allen says one way or another, the terrorists will undoubtedly get their hands on nuclear power.

“Even if ISIS doesn’t immediately grab nuclear weapons, there are elements in Pakistan that can sell that nuclear technology or nuclear weapons to ISIS,” he explains.

“That would give them such strength that I don’t think many leaders around the world are prepared to deal with.”

Obtaining nuclear warfare and/or intelligence would give Islamic State the ability to launch attacks anywhere in the world. And establishing a stronghold in Pakistan would give them a portal to the world’s largest and most-populous continent: Asia.

Right next door to Pakistan is Afghanistan, where the U.S. is getting ready to withdraw almost all of its combat troops. Less than 10,000 U.S. soldiers will be left in Afghanistan by year’s end, and those staying will only be equipped to “advise and assist” Afghan Security Forces.

According to a FoxNews.com report, the Taliban is already stepping into the power vacuum created by the withdrawal of U.S. troops. In the past three weeks, terrorists have staged at least 12 attacks specifically targeting foreigners.

Earlier this week, Christian missionaries from South Africa were slaughtered in Kabul. 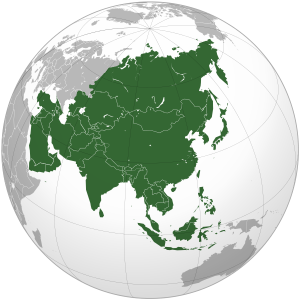 As they’ve clearly stated before, the Islamic State intends to create a global caliphate (more about their intentions here).

The thought of uniting under the banner of radical Islam often falls flat among most of the world’s Muslims. However, the Islamic State’s strength and sustainability keep it a viable threat.

The fact that ISIS is gaining ground and, potentially, easy entry to Asia should stir the world’s prayer warriors to action.

“God’s hand is not so short that He can’t turn this tide, so pray for the Lord to halt the spread of the Islamic State,” says Allen.

Pray also for FMI-supported pastors and their congregations in Pakistan. Pray that their faith will be strengthened and that they will have courage in the Lord. Pray for their safety as Islamic State advances.