Libya (MNN) — The Fund For Peace defines a failed state as a country that has:

In short, the country’s foundation has crumbled. This is more or less a description of Libya.

Emily Fuentes of Open Doors USA notes that within a context of anarchy and absent rule of law, “When the uprising took place, it was a swift change for the country as a whole. Since that time, it’s never been able to quite stabilize.”

A power vacuum was created in Libya with the fall of dictator Muammar Ghadaffi. No one group has the strength to impose its authority, restore the rule of law, and control the country’s borders. Fuentes explains, “It created the perfect breeding ground for a rising up, for those who have sworn allegiance to the Islamic State, and it’s created a hotbed for terrorists to attack and kidnap innocent people.” 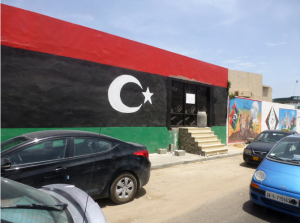 Libya is currently split, politically, between two governments and geographically, among many armies, militias, tribes, and mercenaries. The situation has been worsened by the arrival of Islamic State in the country, with its own particularly violent agenda and objectives. “Libya is difficult for anyone who lives there, but Christians are especially targeted and face intense persecution,” says Fuentes, adding that because Christians are exactly opposite of ISIS’ stated goals, “They want to eliminate Christianity from the region, and they’re going as far as kidnapping other people en route from other countries.” Now that the Islamic extremists have focused on this objective, the national believers are leaving. “There are very few Christians left. There are approximately 6 million people in Libya and 35,000 Christians. A lot of them are ex-pats and are targeted.”

However, Open Doors’ worker Charley explains, “Many foreigners–among them tens of thousands of Christians–live in Libya because of their jobs. In many cases, these migrants had problems finding work in their own country and they came to Libya to do the work that Libyans themselves don’t want to do, such as construction, garbage collection, or street cleaning.” What it means is that the remnant Church in Libya is actually the migrant church. Many of these groups continue to quietly hold their meetings. The number of Muslim-Background Believers is growing according to Charley. “We now believe there are between 150 and 180 Libyan believers,” he says. “This is a result of evangelism via radio, television and internet.” 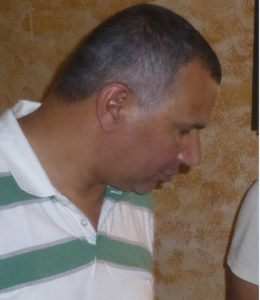 Open Doors supports the church in Libya through discipleship and leadership training, distribution of Christian books and literature, and follow-up work with people who are interested in the Gospel. Fuentes describes what they’re finding in countries where persecution of Christians is the highest. “When governments or terrorist groups or other organizations are trying to diminish Christianity, people are intrigued and want to know more about this Gospel message and realize that they want to give their lives to Christ.”

While the picture on the outside looks like this, “Nationally, the Church looks like it is diminishing,” Fuentes says it really is this: “There are small groups of Christians. There is an underground group of people coming to Christ.” Please continue to keep the church in Libya in prayer. “Pray and share their stories. They know that the more we share their stories, the more Christians will be praying, and that unites the body of Christ.”