USA (MNN) — Religious freedom is at risk. How the United States deals with it sets the stage for global credibility on similar issues.

Todd Nettleton, a spokesman for the Voice of the Martyrs USA, explains, “The State Department issues a report. The United States Commission on International Religious Freedom issues a report. But the reality is, this administration has not placed an emphasis on religious freedom.”

With ISIS, Boko Haram, and al-Shabaab making advances, carving out caliphates, and demanding recognition, this is an issue that has national security attached. Slow movement on filling the post is costly. “That affects our standing in the world. When we go to hold other countries accountable, we have clearly said by our actions, ‘This is not that big a deal to us.’ That decreases our ability to go to other countries and ask them for better treatment of religious minorities.”

A recent congressional oversight committee hearing was held to check on government compliance with the International Religious Freedom Law. Although the law was passed 16 years ago, this is the first time Congress has checked on whether the State Department is implementing it.

A panel of advocates told the House Oversight and Government Reform subcommittee on national security that the United States needs to both strengthen its religious freedom policies and take more seriously the position of the ambassador-at-large for International Religious Freedom. 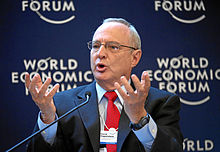 In October 2013, the sitting Ambassador-at-large Suzanne Johnson Cook resigned the post. It took until late July 2014 for a new nomination. The new nominee is Rabbi David Saperstein.

All the time the post was vacant means that the United States has had virtually no impact on the global rise of religious persecution. While American diplomats have helped in individual cases, there has been no comprehensive policy in place to help the millions who suffer because of their faith.

What would change this? Training for State Department workers, giving the ambassador-at-large more clout, and asking high-ranking officials to speak out on the importance of religious freedom. All three items were part of the recommendations made to the oversight committee.

Who cares? After a new Congress gets seated and the dust settles, there are still confirmation hearings before a nomination goes through. In all that time, thousands more religious minorities–most often Christians–will be displaced or killed

One of VOM’s main missions is to encourage and empower Christians to fulfill the Great Commission in areas of the world where they are persecuted for sharing the gospel of Jesus Christ. It’s a big part of why they’re speaking out on this issue.

It’s not all bad news. “The treatment of religious minorities is a significant factor in our battle against the Islamic State. That may raise the value of the issue. That may raise it more so than it has been, just because right now we’re paying so much attention to the Islamic State.” Nettleton urges prayer on the issue. Keep in touch with your Congressman, too. If the issue is important at home, it’ll be important to those elected to represent the people at home.