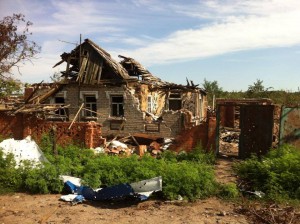 Russia (MNN) — “The ceasefire that never was” could be describing a lot of situations around the world, but this one is between Eastern Ukraine and Russia.

Although an accord went into effect in September, there have been continued skirmishes, cross-border troop movements, and a mounting casualty toll. Talks are scheduled to take place this week between military representatives of Ukraine, Russia, and the rebels to discuss a new peace deal in the Donetsk region. There is a December 5 ceasefire in place, in principle, but acts of war continue.

This war is no longer in the daily headlines, but it grinds on: out of sight, out of mind. Now, there’s another dimension to it. Canada’s ambassador for religious freedom, Andrew Bennett, accuses Russian of using intimidation tactics in Crimea and eastern Ukraine. These tactics seem to be focusing on religious groups. Slavic Gospel Association VP of Ministry Operations Eric Mock agrees, but not for the reason you might think. He explains, “We’ve seen a ‘circling of the wagons’ for that which is Russian Orthodox, and that which is Russian–which are one and the same. Therefore, anything outside of that is not good.”

There have been reports of persecution, too. But is what’s happening due to Communism, or is it due to a rise in nationalism?

Mock explains that nationalism has been more successful in dividing a once-united group of Christians, which he adds, is why it’s insidious. “Rather than the difficulties of the government being a rallying cry for all the believers to come together, it’s created some chaos and tension.” 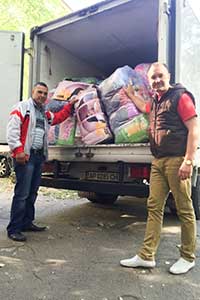 However, not everyone is playing that game. “Even though the government is espousing nationalism, the leaders recognize that our citizenship is in heaven.” Here’s the good news: “I am watching Russian Baptists, Belarusian Baptists, and Ukrainian Baptist churches praying for each other, supporting each other to provide for humanitarian aid needs in Eastern Ukraine.”

These are evangelical churches that want to help meet the needs of refugees, as well as needy families in these high-conflict regions. “I’m seeing a beautiful reaction to this nationalism by the churches in those countries. This reaction has been one of becoming more unified in the need to get the Gospel out.”

SGA’s focus is to help provide food and water for refugees returning to their empty homes in eastern Ukraine, as well as mattresses and bed linens for people who for now are being housed in churches that have opened their doors. Warm clothing is also being provided. Churches in strategic locations serve as staging venues for food distribution to the needy regions. 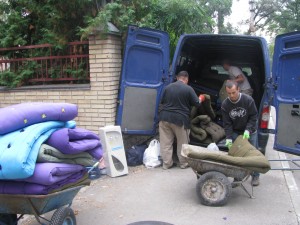 Yet, as this crisis drags on, resources are drying up. “With all these congregations displaced, these faithful shepherds who are the ones communicating the Gospel have lost 80% of the finances in their congregation and their ability to put food on their table and fight the good fight.”

It makes sense that SGA gets behind the pastors and supplies some of the lost income so they can do their work. “We now support over 50 of them in these churches,” says Mock, “trying to make sure they can put food on the table. We’re caring for the shepherds who are shepherding those who are still in these war-torn regions.”

Pastors are asking for assistance, and SGA needs your help to make it happen. Click here to help support the Crisis Evangelism Fund.