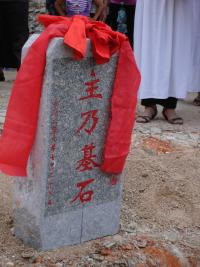 China (MNN) — If you ask the general population which country is among the worst for its persecution of Christians, a lot of people answer, “China.”

That may have been true of China 20 years ago, but some ministries are now saying, “The Times They Are a-Changin’.” Erik Burklin, President of China Partner, agrees. “‘Freedom’ is really a much better word for China. I know that sounds like the opposite of the spectrum when a lot of people think of China, but that really is true.”

China Partner works with the registered church in China and says contrary to popular belief, “People are legally allowed to worship God.” That’s not to say that there’s no persecution. After all, China is the largest country in the world. How the government responds to the local church varies from province to province. The reports from China Aid and the United States Commission on International Religious Freedom (USCIRF) bear witness to that.

However, Burklin says, today there are churches, both urban and rural, springing up in many places. Red crosses top many buildings. People have the freedom to attend church openly. Bibles are available. 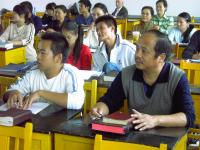 This is all good news. “Jesus Christ is building His Church. He told Peter, ‘On this rock, I will build My ecclesia’ (the called out ones) of a local church. That’s exactly what we’re seeing in China. We just praise God for the increased freedom.”

Thousands are responding to the Gospel. Reports of rapid growth in the Chinese church are not exaggerated. Burklin says that growth revealed another need. “We’re really excited about the new vision that God has put on our heart, and that is to help local churches reach the next generation. We want to be about training and equipping Christian leaders, especially the emerging Christian leaders, so that they can reach the younger generation and the next generation.”

However, they can’t do the training and resourcing these millions alone. Taking a page from business models of “work smarter, not harder,” Burklin says, “China Partner: that means that we are partnering with the Chinese Church, number one, but that also means that we’re partnering with other ministries and missions.” Partnerships formed with 22 other ministries working in China to train leaders and disciple new Christians.

The collaboration efforts worked: in 2014, the ministry offered 13 training seminars in 11 cities; they trained 1,245 lay pastors and church leaders and distributed 4,777 study books to support pastors (431 pastor packs). “What we’re doing is not just ‘our mission,’ but we’re a part of God’s mission, and that is to build His kingdom. So you see more of a sense of working together as a body of believers together for God’s glory and for His mission.”

In 2015, things are just beginning to ramp up for a busy year. Burklin says, “Pray that we, as China Partner staff, will have God’s wisdom in how to do that, in how to best equip our brothers and sisters in this new ministry venture.” Your participation in this ministry helps to make possible Training in China, Providing for China, Learning about China, and Building with China.