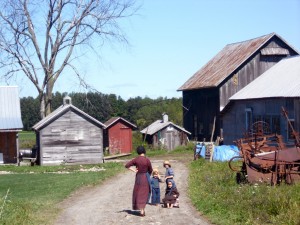 USA (MNN) — Third-world people groups aren’t the only ones that need God’s Word. As Hank and Ruth Hershberger of Wycliffe Bible Translators USA can attest, the Amish need Scripture, too.

Hank says he became aware of this fact while serving the Lord in Australia. The Hershbergers spent a quarter-century in the Land Down Under with Wycliffe USA, translating the New Testament for the Gugu-Yalanji Aboriginal people.

“The Lord seemed to tell me, ‘Your own folks don’t have the Scriptures in their own language.’ And more and more, I was convicted that following our translation work in Australia, we should come home and do a translation in my own language,” he states. 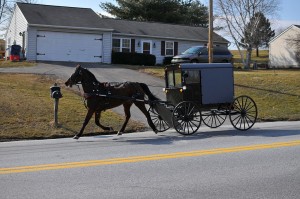 Acting in obedience, Hank and Ruth returned home to the U.S. and began translating Scripture into Pennsylvania Dutch, the heart language spoken by over 200,000 North American Amish. The Pennsylvania Dutch New Testament was completed in 1994, and the Old Testament followed in 2012.

Hank says that while nearly 20,000 copies of the Pennsylvania Dutch New Testament have been sold to the Amish, this translation meets a great deal of resistance by Amish church leaders.

“This is relatively new to them, and as a result, they view it somewhat with suspicion,” Hank explains. “Bit by bit, this is becoming more accepted.”

Hank grew up in an Amish family and understands firsthand the struggle to read God’s Word in Luther’s Gothic Script High German. This translation of Scripture is the only one accepted and used by the Amish.

“We do not understand High German very well,” Hank explains. “Our language is not that close to High German.”

This has serious consequences, he adds.

“[The Amish] do not understand the German Scripture very well, and this can result in misinterpretation of the Scripture,” Hank says, referencing the Beatitudes as an example. 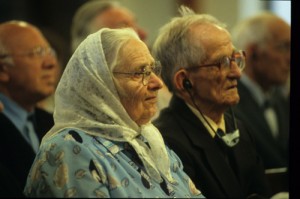 Martin Luther used a certain word in his translation to mean “blessed;” the same word is also used in Pennsylvania Dutch, but in this language it means “saved.” The confusion of this one word has resulted in a “works salvation” theology among the Amish, Hank explains.

“We don’t get an awful lot of feedback, [but] I think it brings them closer to the Lord,” shares Ruth.

Order a copy of the Pennsylvania Dutch Bible to share with an Amish acquaintance here.