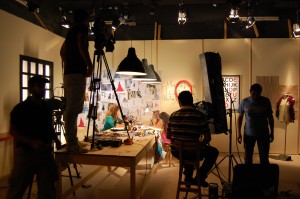 MENA (MNN) — In Egypt, 60% of women admit to being abused. 50% agree that their husbands are justified in beating them for one reason or another. In 2013, 99% aid they have been sexually harassed at one point in their life.

Though Egypt has recently created laws against domestic abuse, many times it goes unpunished and is sometimes even socially accepted. Politicians use it as a way to score points by blaming their opponents for not fighting the issue. Many make promises to end it, but they largely go unfulfilled.

In 2014, Egyptian administrators promised a new plan to combat domestic abuse. Women got their hopes up but are still waiting to see this plan carried out. Their next hope was the parliamentary elections set for March of this 2015, but those have been postponed.

Many victims go through life hopeless and confused, but one Christian organization is working to provide a way of escape. SAT-7 ARABIC, a Christian satellite television ministry to the Middle East and North Africa, aired an episode on domestic abuse faced by Egyptian women on its program, Needle and Thread. Multiple women called in to share their story and ask for advice, so they aired a sequel toward the end of April. The second response was just as strong.

The sequel begins with a drama about a woman suffering domestic abuse. Dr. El Dabaa, a psychologist, then explains the different reasons a man might beat his wife. Those reasons include (1) witnessing his own father beat his mother as a child,( 2) insecurity or having a weak personality, and (3) as a means to temporary results.

Dr. El Dabaa also gave women advice on how to stand up to their abusers. He said it is important that they not cry and make it clear that they will take action if abuse happens again.

But sadly, domestic abuse is so engrained in the Middle East culture that some Christian women view abuse as their “cross to bear.” They are blind to the truth of the Bible because they view its message through their cultural lense. Needle and Thread exists not only to give women hope, but to also give them a better understanding of the truth of the Gospel.

You can help fight domestic abuse yourself. Please pray for the safety of women suffering domestic violence and that God would change the hearts of their abusers. You can also financially support SAT-7 as it fights injustice toward women in the Middle East and North Africa.