USA (MNN) — Teen pregnancy has been dropping almost continually over the past two decades. And according to the research firm Demographic Intelligence, the number of babies born to teenagers dropped significantly between 2007 and 2013. The 38% drop in teen pregnancy happened at the same time as a steep decline in abortion; the teenage abortion rate is the lowest since abortion was legalized in 1973.

When you hear that fewer teenagers are getting pregnant in the U.S., your mind probably doesn’t jump to the Great Commission. But, Bethany Christian Services President Bill Blacquiere says there’s a connection.

“When we teach biblical principles and what God has laid out for marriage and relationships between members of the opposite sex, that’s a great way of carrying out the Great Commission–by discipling people,” Blacquiere explains.

There’s an inherent awkwardness about sex education. But Blacquiere says the Church can’t ignore the topic.

“When a young teenager, let’s say between the ages of 13 and 15, engages in sexual activity, most of them report no one ever talked to them about how to say ‘no’ to sex, or what sexuality [is] all about,” Blacquiere shares.

“In talking with teenagers, they really feel there is pressure for them to engage in sexual activity prior to marriage.” 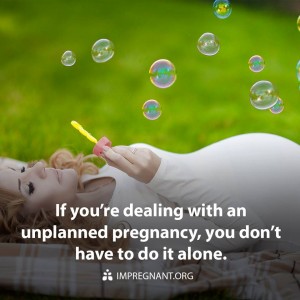 Blacquiere and his wife spent several years teaching sex education to young people in their church. Parents should start the conversation with their children, he emphasizes. But at the same time, churches can’t avoid the topic completely. It should be a both/and situation.

“I would advocate for sex education and for parents to talk to their teenagers, at a very young age, about sexuality,” states Blacquiere.

If you’re a parent with teens at home, here are some helpful blogs from Focus on the Family: Talking with Your Teens about Sex, and if your children are younger, How to Start the Conversation Early.

If you don’t have kids but still want to mentor young people, here’s a helpful blog from Bethany.

“I think this is a great opportunity for the Church to view this as a project for them: not only for the teenagers in their church, which is extremely important, but also for the community at-large,” says Blacquiere.

Listen to the full interview to hear what the teen birthrate drop means for kids waiting to be adopted.