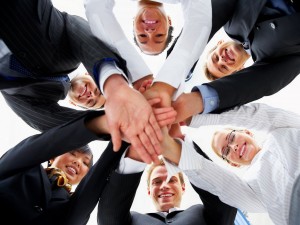 Peru (MNN) — Teamwork is the name of the game when it comes to spreading God’s Word. Faith Comes by Hearing (FCBH) knows this firsthand.

FCBH is dedicated to getting Scripture to everyone, everywhere, in a form they can best understand. They know teamwork and partnership are vital for achieving this goal.

“By working together, we can overcome the obstacles that stand in the way of people receiving the Scriptures in a form they can understand,” explains FCBH Americas Director, Gil Moreno.

In Ecclesiastes 4:12, King Solomon writes, “Though one may be overpowered, two can defend themselves. A cord of three strands is not quickly broken.” In August, three groups came together to help a people group in need.

“People’s homes were destroyed; there were 8 fatalities, many injuries,” Moreno recalls.

One of FCBH’s indigenous partner organizations, Bible Society of Peru, sprang into action. They contacted ATEK, another indigenous group committed to the Great Commission. ATEK works among one of the Quechua-speaking communities that was heavily-affected by the August earthquake. 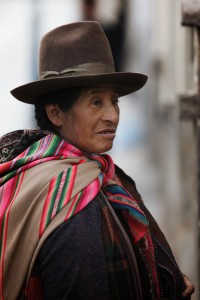 A quechua woman, wearing a tall, brimmed hat and carrying woven belts on her back in a colorful, cloth sling, walks the streets of Cusco, Perú, selling the hand-crafted belts to tourists.
(Photo, caption courtesy of Nathan Gibbs
via Flickr) cc2.0

“Atek was able to respond to the Bible Society and give them specifics about what was going on,” explains Moreno.

“The Bible Society gathered their friends and partners together and were able to mobilize food and clothing, medical assistance, and psychological help for those experiencing loss.”

In turn, the Bible Society of Peru contacted FCBH. Audio Scriptures were needed in the Quechua language, as many of them were illiterate. Quechua is in the same language family as Cusco, the mother tongue of over 1 million people.

“Because we already had this partnership in place, we were able to respond quickly and ship the units so they could arrive in time with the other supplies,” Moreno says.

FCBH sent 20 Proclaimers with God’s Word in Cusco to the communities being helped by the Bible Society and ATEK. As a result, hundreds of people were able to hear in their heart language about the God who created and loves them.

“These Cusco speakers, particularly in this area, had never had access to the audio Scriptures before. So, this was new to them and they were very grateful,” shares Moreno.

It’s still unknown whether anyone is following Christ as a result of hearing God’s Word through the Proclaimers.

Pray for the Holy Spirit to keep softening hearts. Pray for understanding of God’s Truth.

FCBH works in Peru with 12 other ministries in over 30 languages. But Peru isn’t the only place where teamwork results in Gospel opportunities. 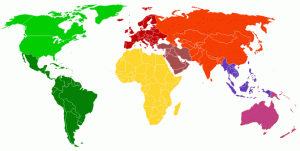 FCBH wants to reach every person with the Gospel.
(Photo courtesy of FCBH)

On the world stage, FCBH partners with groups in more than 200 countries to make Scripture accessible. If you’re passionate about making God’s Word easy to get and easy to understand, click here to team up with FCBH.

“The poor are everywhere, and people need the Scriptures in their heart language.”