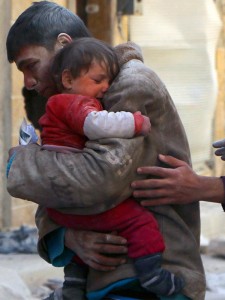 Lebanon (MNN) — You’ve heard the stories about the influx of the Syrian refugees into Turkey, Iraq, Jordan, and Lebanon. Kristin Wright, advocacy director for Open Doors, says, “One out of every four people is a Syrian refugee. This is really a shift in terms of that country’s dynamics.”

What you haven’t heard is that Lebanon might not be the haven refugees hoped for. “It’s really one of the most expensive host countries in which to be a Syrian refugee.” Why? Most of them don’t have jobs, but they have to pay rent on the apartments or homes they’ve found in the city. Those who are taking their chances outside the city limits aren’t finding a warm reception there, either. “The Lebanese government doesn’t allow official refugee camps, so the refugees out in the Bekaa Valley are paying for the land on which they are pitching their tents.”

Not only that, but they’re facing increasing discrimination now. “In the Lebanese media, the Syrian refugee crisis is hardly ever portrayed as a humanitarian crisis. It’s more portrayed as ‘the Syrians are a threat to national security. They’re a drain on the economy.'”

Insults, attacks, and curfews have become commonplace experiences. Wright says this is where Christians are standing in the gap. “Open Doors is also very focused on the Lebanese host communities, because the host communities are really being pushed into a difficult position. Many of the people who are supplying help to the Syrians are people that are already in a difficult financial place themselves.”

Even providing aid is tricky. Wright shares, “One of the pastors that I visited in Beirut observed how a lot of aid comes with strings attached to refugees right now. Sometimes, the smaller aid groups might be tied to a political party or another in Syria, or they’re tied to a different religious group. So their goal of providing aid is to get refugees to adopt their particular perspective.”

Suspicion runs deep on all sides. “He [the pastor] is willing to provide aid to them in their home and they have no compulsion to come to the church to receive assistance. He said no one has any obligation to attend a church service. He said, ‘The only obligation is to see the love of Christ in me.'”

When needs are met with no strings attached and people are kind, a whole host of questions come about. Wright adds, “It really is about being the hands and feet of Christ in a really difficult situation and helping those that are the most vulnerable, regardless of what their background might be.”

Another dynamic is the growing mental-health crisis that is taking hold among Syria’s refugee children. Many witnessed the destruction of their homes or saw family members or friends killed. Add to that the trauma of displacement, exploitation, communal tensions, and domestic violence, and there’s another crisis brewing.

The stress has left many with mental illnesses that include anxiety disorders, depression, post-traumatic stress disorder, and developmental problems. Wright says what she saw during her visit was heartrending. “This is the next generation. This is the future of Syria, so we need to do something to start reclaiming all these lost childhoods. That’s why Open Doors is focused on providing education, and we also support ‘child-friendly’ spaces.” 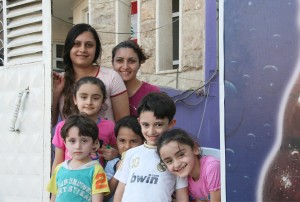 Lives have been shattered by the war. Wright says, “We really are about empowering the local Church to be a light in the darkness and to be an impact in the community.” She encourages you to consider this perspective in hope: “It is possible to make a difference for Syrian refugees. Learn about the conflict, learn about what’s happening, and then share that information.”

Change your perspective by praying or giving. Click here to get started.