Middle East (MNN) — It’s easy to get caught up in the dismal numbers and reports in a refugee crisis that only seems to be growing. But God is moving, and we have another encouraging story from missions in the Muslim world.

Perry LaHaie with Frontiers USA says they recently had an incredible Gospel breakthrough among Syrian refugees.

Two women named Emily and Sarah went on a short-term missions trip with Frontiers and connected with Michelle, a long-term Frontiers missionary.  Together, they visited the home of a Syrian refugee mother. The three Frontiers workers sat with the mom and oldest daughter to build relationships. 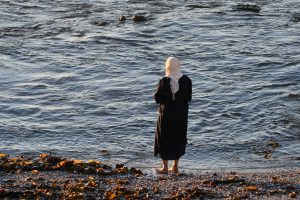 LaHaie shares, “At one point, the Syrian mom just burst into tears. They listened closely to [her] stories and then Emily, Sarah, and Michelle shared some stories about Jesus. When they finished sharing those stories, the Syrian mom shared how her back was injured and she couldn’t stand up without anybody helping her. So Emily, Sarah, and Michelle said, ‘Can we pray for you in the name of Jesus?’ She was blessed by that, [but] it didn’t seem like anything happened.”

Afterward, these three women asked the Syrian mother if she would be willing to gather friends and family to study the Bible and learn about Jesus. To their surprise, she not only said yes but began listing neighbors she wanted to invite.

LaHaie says when they showed up at her home again the next day, “eight Muslim women were there waiting to study the Bible. In that study, they were already applying it to their lives.

“As they got to the end of the study, Emily, Sarah, and Michelle asked if the women had any problems the group could pray about.”

At this question, the Syrian mother hosting the group interjected and starting speaking enthusiastically in Arabic. “She was saying, ‘When these women prayed for me yesterday, the pain in my back immediately left!’ And this Syrian mom stood up and sat down several times to show that she really had been healed. So that was a pretty awesome moment.”

But their story didn’t end there. The group of Muslim ladies wanted to continue studying the Bible, so they planned to meet again and the Frontiers workers left.

“As Emily, Sarah, and Michelle began walking down the road away from the house that first time, they heard yelling behind them. It was the Syrian mom’s husband,” shares LaHaie.

“As he caught up to them, he said, ‘Next time you come, bring men with you because we want to study the Holy Books too!’ 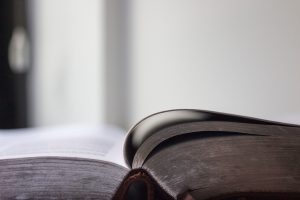 “By the end of Emily and Sarah’s two-week short-term trip, this group of Muslim women had met three times and they had been taught to lead the studies themselves. Now, after less than a month, they have met eight times and Michelle, the long-term worker, doesn’t even need to attend anymore. She simply meets with the leader to hear how each study went and answer any questions.”

As these eight Syrian women and their husbands continue to study the Bible, please pray for them!

This encouraging story from Emily, Sarah, and Michelle is just one example of how Frontiers USA is seeing God stir spiritual revival among Syrian Muslim refugees. It often starts with Christians who are willing reach beyond their comfort zone and build relationships.

“It’s really breaking down some misconceptions, and that’s a misconception that Muslims hate us, they don’t want to meet us, they don’t want to hear about Jesus. That may be the case in some situations. But with refugees, for example, they are so broken and they are so hurting and they are so much in need of hope, they really do want to hear about Jesus. They really do want to receive love and feel love and be heard and be embraced,” says LaHaie.

“This is how we are seeing Muslims fall in love with Jesus. We invite them to study the Bible for themselves and discover Jesus in the Bible and they begin following him.”

Frontiers has several short-term mission trips to the Muslim world coming this summer. To learn more about these trips and apply to join, just go to FindYourFrontier.org.

LaHaie encourages, “If you want to stretch and grow your faith, if you want to come out of your comfort zone, if you want to learn how to depend on God more, if you want your heart to break with the things that break God’s heart and just have a greater passion for the world, then one of these trips is definitely for you!”