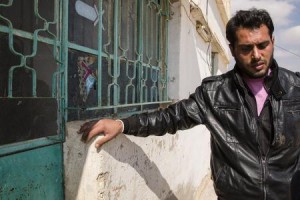 Every three seconds, somewhere in the world, a person is forced to flee home. According to the United Nations’ Refugee Agency, the average refugee won’t be able to return home or find a better solution for at least 17 years.

Long-term crisis, manmade impact, and mind-boggling numbers have created the kind of overload where people can’t be provoked to action. International pledges for humanitarian aid are miserly, or not coming in at all.

Yet, even while ennui spreads, the catastrophe deepens. In the last week, Islamic State fighters seized more than a third of the Syrian border town of Kobani. More refugees.

Between ISIS advances and the Syrian civil war, 10-12 million people have been displaced within the last 12-24 months. That’s like twice the entire population of the state of Tennessee displaced at the same time, says Jeff Palmer with Baptist Global Response.

For the hundreds of thousands who flee, there are millions more who can’t get out. They are the Internally Displaced People. With food and jobs scarce, and their savings depleted, Syrian Christians and their neighbors are struggling to provide for their families.

“The majority are just finding wherever they can find a little bit of safety, a little bit of food, a little bit of shelter,” explains Palmer. “There are hundreds of NGOs and groups like BGR that are out there trying to help them find a place for the family to get those basic needs of life met.” 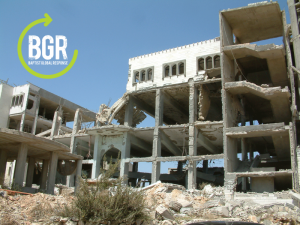 Facing an unknown future, these Christians see needs and know they can do something about it. Since the war began, kids haven’t gone to school. Many have forgotten how to read and write. A woman we’ll call “Joy” decided to take action. “Joy just saw all of the street children from this conflict inside of Syria close to her hometown. She wanted to do something about it. She’s providing food and education services for kids that are living in an area now that the school systems have collapsed.”

Palmer says another Syrian believer, whom we’ll call “Abed,” believes God’s purpose for him is to stay in his hometown and share the love of Christ with those who are in desperate need. Even as he shares in the difficult circumstances, says Palmer, “We’ve been able to get food, shelter, clothing, and heating (like blankets), to take care of winter, into Abed’s hands and to the churches that are there.”

In an earlier BGR interview, Abed says that in the beginning of the war, many people who needed money came with gold or items to sell. But now people who come have no belongings to sell. “Daily I try to steel myself and be strong as a man when I am out helping people,” Abed says. “But when I am alone, I cry like a baby. It’s difficult.”

“But my heart is strong,” he adds. “The Lord is righteous, and I know He has a way that we must walk in.” 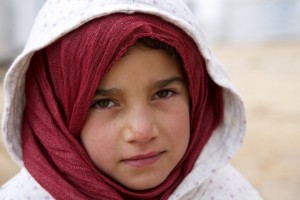 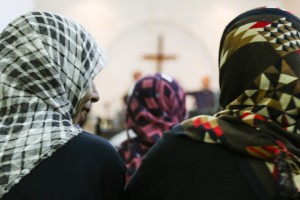 Palmer says more stories like Joy’s and Abed’s are emerging as the tragedy drags on. BGR is resourcing those like them who share this mindset: “We’re going to stay, even in the face of danger, because (1) this is our home, and (2) we want to help those who are in need all around us.”

Now you know the scope of the problem. You’ve heard some of the solutions. It’s time to act. You can:

– Pray for Christians living in Syria, that they will find comfort for their own hurts and that God will strengthen them to love their neighbors and point to His unfading hope.

– Find out more about volunteering for relief efforts among Syrians. Click here.