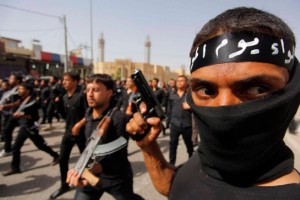 Believers need to listen up and “step up,” too.

“For some reason–maybe because we don’t like to talk about such issues or we are a war-weary nation, we don’t want to hear this,” Allen states.

“And yet, it will come to us if we don’t do anything about it.”

Near the end of last week, the head of the U.S. Senate Foreign Relations Committee, Robert Menendez, scheduled a midweek vote to decide “next steps” in the fight against Islamic State. The seemingly last-minute appointment is intended to give panelists a chance to “weigh in” on the issue before going to break.

This blog explains more about the political background behind the issue.

While the vote is a step in the right direction, it’s highly unlikely that either the House of Representatives or Senate will have time to pass anything that would make a difference on-the-ground before 2015.

If you’re reading this in the U.S., click here to contact your senator and tell him or her why stopping Islamic State should be a priority. 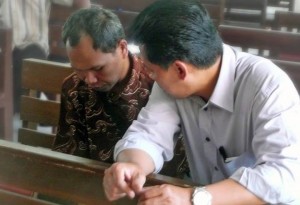 “Christians there–especially the leaders–are praying that we here, their brothers and sisters [in Christ], would wake up,” shares Allen. “Mission Network News listeners have the opportunity to be the very answer to other peoples’ prayers.”

“It’s much more global, much more aggressive, and Islamic State is the most ‘financially-backed’ terror organization on the planet,” Allen notes.

“Honestly, [indigenous Christians] feel at times very forgotten by their brothers and sisters in the Lord in the West,” Allen says.

For all places of worship – whether indoors or outdoors – Christians remove their shoes to indicate the space is holy ground. Typically, men sit on one side of the meeting area (or the front) and women sit on the opposite side (or the back).
(Photo, caption courtesy FMI)

“It’s easy for them to say, ‘Oh wow! We see that you are more concerned about catching up on the latest movie trailer for Star Wars, or all that sort of stuff, than you are about a very real, non-fictitious enemy.'”

Second, pray for the Body of Christ in dangerous places. A few months ago, Allen learned from ministry partners that ISIS was setting up shop near Gospel workers in Pakistan.

“The [Pakistani] government may be turning a blind eye to it…but God doesn’t. He doesn’t slumber or sleep; He knows what’s happening,” notes Allen.

Third, ask the Lord for guidance. As Christ-followers, we are called to pray with faith, believing God will answer according to His will. We’re also called to take action when others–especially our brothers and sisters in Christ–have a need.

“Fifteen of them are severely under-supported, and we need people who will commit to supporting those church-planters so that the light of the Gospel radiates across Pakistan,” says Allen. 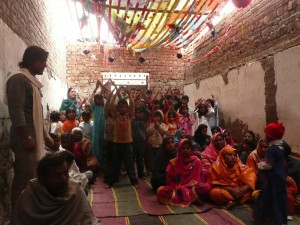 Children perform a song during a worship service in a congregation of about 70 people. The church site has brick walls and mats on the floors, but no roof.
(Photo, caption credit FMI)

“Utilities or groceries, medical supplies, the materials we use for discipleship and spiritual training: all that has a price tag to it, and we need $200 a month for each of those safe houses.”

And, if you haven’t already, sign up for daily MNN e-mails so you can keep up-to-speed with this rapidly-changing issue.