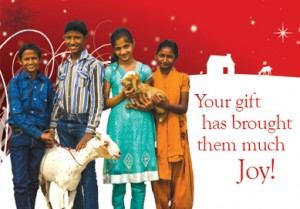 (Image courtesy of Gospel for Asia)

India (MNN) — Thanks to a Christmas gift, Christians in India now have a way to survive.

Gospel for Asia (GFA) lists items needed by vulnerable families in their annual Christmas catalog. Someone “bought’ a sewing machine this Christmas, and now a leper and her son are using it to sustain themselves through tailoring.

Best of all, both the son and his mother now believe in Jesus!

The struggles of a social pariah 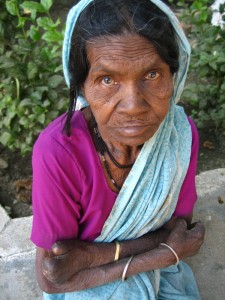 When her husband died, Charumati was left with an infant son and a lifelong struggle. Husbands in South Asia are typically the family “breadwinners,” while mothers stay at home to care for the children.

Charumati endured long days of backbreaking labor to provide food and shelter for Devan, her son. And, that was before the skin-eating bacteria entered her flesh and made Charumati a leper.

Leprosy is curable if caught early, but it carries a devastating stigma in South Asia. Employers usually aren’t willing to hire a leper; even if they are, lepers are paid less than healthy co-workers.

As a result of leprosy’s stigma and the isolation it brings, many people–including Charumati and Devan–wind up living in leprosy colonies.

The persistence of God’s love 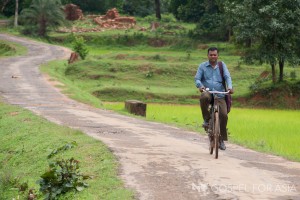 (Photo courtesy of Gospel for Asia)

Near the leprosy colony Charumati and Devan called “home,” a GFA pastor gathered with a group of believers. When they finally met Charumati, they were quick to tell her of Christ’s love and peace.

As she walked with these believers, Charumati asked them to pray for her. As they did, God filled her with a peace she had never known before. Her curiosity piqued, Charumati met with the Christians on Sunday to learn more about this Jesus they spoke of.

Within a few months, Charumati accepted Christ as Savior.

The GFA-supported pastor built a deeper relationship with Charumati and Devan over the next few years, helping with simple tasks like fetching water and preparing food. The congregation also raised money to give Charumati some medicine and to purchase new clothes.

The hope of eternity 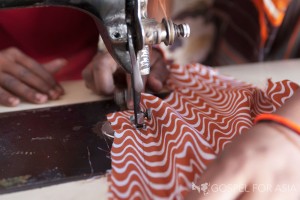 (Photo courtesy of Gospel for Asia)

Thanks to a sewing machine provided through GFA’s Christmas Catalog, Devan is starting to give back to his mother. Sticking faithfully by her side, Devan is earning income for the small family and caring for Charumati’s health needs.

Although the pastor and fellow believers told Devan about Jesus and personified His love, Devan’s heart wasn’t moved like Charumati’s was. However, through Charumati’s patient counsel and testimony, Devan has finally placed his faith in Christ.

Through GFA’s Leprosy Ministry, you can bring happy endings like this one to more families in South Asia.