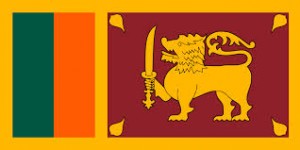 An upset election put a political outsider, Maithripala Sirisena, in charge. Greg Musselman, a spokesman for the Voice of the Martyrs Canada, explains, “All the indications were that this was a slam dunk for the leader that had been in there. But as soon as there were charges of corruption, that’s I think what brought this particular leader down.”

Also, this week Pope Francis traveled to the region to urge reconciliation and forgiveness after years of civil war. Tamil Tiger rebels spent 25 years fighting for an independent Tamil nation. United Nations estimates say 80,000 to 100,000 people were killed during the course of the war.

The push toward restoration may have come too little, too late. The people, finally fed up with how Mahinda Rajapaksa was managing the country, united, and for the first time, minorities (Tamils, Muslims and Christians) wrested control away from the ruling party. A new regime sets a blank stage. Or does it?

Musselman wonders, “Will that really make any difference for the church planters of the newer evangelical works in rural areas?” That’s unlikely, for a few different reasons. First, “Will this new government, new leader be able to change that and pacify somehow these Buddhist nationals, who are making a very strong case–and they are gaining momentum–that Sri Lanka is a Buddhist country?”

Then, it’s a practicality issue. “You do have a government that supposedly wants to protect the rights of minorities; they just don’t often enact it. Then, when you get into the rural areas, they don’t often have the same kind of protection.” 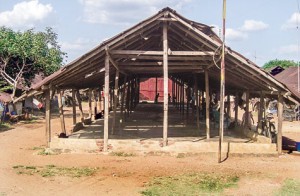 In fact, according to VOMC, the persecution of Christians has escalated in recent years with the rise of militant Buddhist nationalist groups in Sri Lanka. Musselman explains, “We’ve seen Buddhist monks actually going to churches, tearing them down, ripping them apart. So will the Pope’s visit change that? That’s unlikely. The Gospel always runs afoul when you continue to go forward and try to advance the Kingdom of God. ” 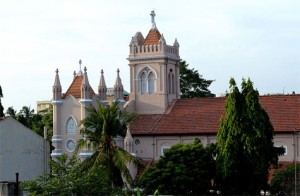 Musselman is quick to add that Sri Lanka’s issues with persecution of Christians are not as intense as they are in neighboring India or Burma.

However, “Where there’s more of an aggressive spreading of the Gospel, bringing the Great Commission forward, that’s where you see the problems.” In those pockets of trouble, “If the churches stay inside the building, don’t do evangelism, there are no problems. In the cases that we reported, most of those are those that are going out and actually advancing the gospel, doing church planting.” But staying inside isn’t what the Gospel requires, Musselman adds. Under a new regime? Anything goes.

“Pray that the Lord would continue to raise up other church planters. The ones that are already doing the work, [pray] that they would stand strong and they wouldn’t be intimidated by those that are trying to stop the spread of the Gospel in Sri Lanka.”