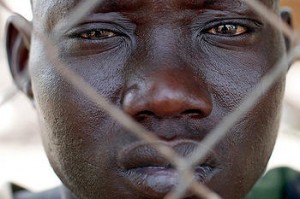 South Sudan (MNN) — The world’s newest nation is also the most fragile, according to a U.S.-based nonprofit.

Fund for Peace says the South Sudan crisis launched this country to the top of their “Fragile States Index” — which formally went by “Failed States Index” and was topped by Somalia for six years.

“People are suffering horribly. Tens of thousands of people have been displaced into about 30 refugee camps that are located in extremely inhospitable areas,” shares Mark Kelly of Baptist Global Response.

The South Sudan crisis has been growing since December 2013, when accusations began circulating among the country’s army and political leaders. Fighting quickly took on ethnic and religious dimensions, though the roots of the crisis were political.

A ceasefire was in the works at the beginning of 2014 but quickly fell through.

“Even if a ceasefire actually took hold and worked, a food crisis is still very, very likely to emerge,” Kelly adds.

Earlier this month, South Sudan’s President warned of “one of the worst famines ever” resulting from drought, poor crops, and man-made conflict. 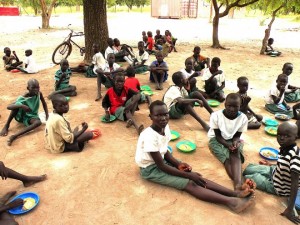 “This isn’t a natural famine cycle, which [South] Sudan is really susceptible to, but it’s a man-made disaster solely caused by the political crisis, the military crisis,” says Kelly.

In response to the ongoing South Sudan crisis, BGR is working with their in-country partners to form a relief effort. A BGR partner team recently conducted an assessment trip in an area that has been overlooked by other aid agencies. Up to $100,000USD has been approved for the relief effort, which will focus primarily on water.

BGR undergirds the work of Southern Baptists worldwide and partners with others who are like-minded. They seek to demonstrate God’s love to people in need, which means the Gospel is a top-of-mind priority in all they do.

“Families in a horrible crisis situation like this are very open to a word of hope, and they’re looking for some ray of hope in the midst of all this difficulty,” shares Kelly, citing the South Sudan crisis as an example of their Gospel focus. 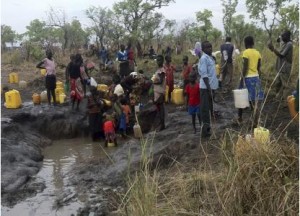 Funding is needed for BGR’s work, but prayer is the most essential need of all. Ask the Lord to protect workers who are telling refugees about Christ.

“Pray that as partners talk with them about Jesus, they would understand the love of God,” Kelly requests. Pray also that minds and hearts would be opened to the Truth of God’s Word.

Find more about BGR’s work around the world here.