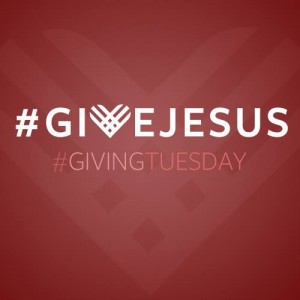 International (MNN) — A final report isn’t due for weeks, but this year’s Giving Tuesday is expected to raise at least $40 million USD. According to Philanthropy.com, the estimated online donations associated with #GivingTuesday last year ranged from $21 million to $32 million.

As the #GivingTuesday movement clearly demonstrates, using social media isn’t just an option for nonprofits and ministries: it’s a necessity.

“If organizations understand how powerful it is to get your story out there, it can really make a difference in what they’re doing.”

JFP is one of the non-profit groups fully utilizing social media for ministry.

“We’re now reaching over a half-million people around the world,” Weiss shares, adding that the ministry is actively communicating the Gospel on Facebook, Twitter, Google+, YouTube, and LinkedIn.

Social media and blogs are becoming increasingly useful for ministry and evangelistic outreach because the Internet can go where missionaries can’t.

For example, PIONEERS is starting a digital media outreach to the Arab world.

Weiss says some of their Facebook friends have said they watched the JESUS film for the first time after clicking on a JFP post. He adds, “A lot of people also are asking, ‘How can I use the JESUS film in my country? I’d like to show the film to people I know; how can I get a hold of the film?'” 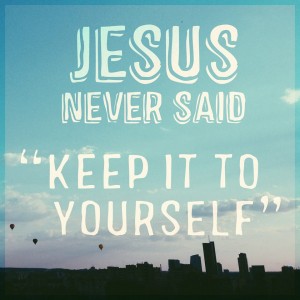 One of the graphics shared on
The JESUS Film Project’s Facebook page.
(Graphic credit JFP)

Sharing Christ through social media isn’t just for ministries, though.

“If [readers] know people who’ve never heard the Gospel before, or have never seen a film about Christ, they can share it with [those people] on social media,” says Weiss.

The JESUS Film Project shares some great starting points in this blog.

What do you think? Is an active presence on social media just another tool, or is it a necessity? Please share your thoughts in the Comments section below!