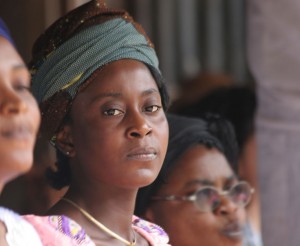 Nigeria (MNN) — If you look at the headlines today, you’ll see words like epic and tragic describing the fight against Nigeria’s Boko Haram extremists.

Although the insurgency took a dramatic uptick in 2009, it has only been recently that the group has garnered any international attention at all. Emily Fuentes with Open Doors USA remarks, “We see a trend that maybe news in Africa doesn’t get picked up as much as other countries around the world. It’s a sad reality that seems to be recurring a lot.”

Even when attacks on churches were averaging five per week, very little information was hitting the international news scene. A state of emergency was declared in 2012. By that time, Boko Haram’s 6-year campaign to impose Islamic law in Nigeria had displaced more than 1.5 million people from their homes.

Then, the mass kidnappings in Chibok happened in April 14, 2014. The Boko Haram took 200+ female students from the Government Secondary School in Chibok, Borno State, Nigeria. Fuentes says, “We do think the world is starting to take note a bit more for a couple of reasons: first of all, the numbers have significantly increased in overall attacks in a year, as well as the size of each attack.”

In July, Boko Haram kidnapped the wife of Cameroon’s vice-president. In August, they announced a caliphate in the northeastern and eastern areas of Borno, as well as in Adamawa and Yobe states. In October and December, they seized more territory and killed hundreds in each attack. Presidential elections were postponed for six weeks because of the violence. 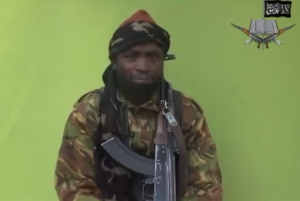 By January 2015, it became clear that the Boko Haram was getting help due to better organization and funding for its insurgency. They had the weaponry and tactical strategy to attack Baga, Borno State, and seize it, as well as  the military base used by a multinational force set up to fight them. The death toll there was estimated between 1000-2000 people. Raids in Cameroon and Chad continued.

Then, in March, Fuentes says, “Boko Haram has recently sworn allegiance to the Islamic State; so they’re falling in suit with their (ISIS) military plans and actions and really upping their jihadist stance.”

After all that, the United Nations finally launched an appeal to raise slightly over $174 million to support Nigerian refugees who have fled to Chad, Niger, and Cameroon to escape Boko Haram Islamist insurgency. 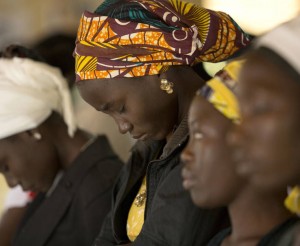 Because they’ve been aware of the problem much earlier on, Open Doors has had longer to develop response programs aimed at helping the most frequent target of the Boko Haram attacks: Christians. Open Doors’ ministry partners have been working with Christian Community Restoration programs to rebuild homes and churches lost to the Boko Haram.

“We’ve seen countless people who have seen loved ones killed before their eyes. It’s quite traumatic.” For example, Fuentes shares one story that haunts her after meeting two children, survivors of a Boko Haram attack. “One of the little girls was holding a little baby that died in her arms, as a result of an attack. That girl couldn’t even speak, she was so traumatized.”

Meeting physical needs is necessary, but so are the emotional needs. “We’ve started implementing trauma counseling for these believers, too.”

They are also addressing spiritual needs. For those who already call themselves followers of Christ, they’re feeling isolated in their grief, says Fuentes. “One of the things that shocked me the most was a widow who looked at me and said, ‘I didn’t know that people outside of Nigeria knew that this is going on. Knowing that people are praying for us brings us so much hope.'”

Hope makes a struggle bearable. Sharing that burden brings encouragement. Because this story has been slow to break, sharing the survivors’ stories brings awareness and advocacy. Oddly, that has had a Gospel-shaped impact in unexpected places. “We’ve heard countless stories of even former members of Boko Haram who have seen Christians and seen the lives of Christ that they have–seeing what God is doing to them, seeing how the body of Christ is united in caring for believers in Nigeria. They haven’t forgotten about them.”

Fuentes urges you to get informed, pray, and share these stories. The hope is that the word epic will be in scale with what God is doing in Nigeria soon. “We’ve heard some amazing stories of people [coming to Christ] who you would never expect to come to Christ–some Saul-to-Paul conversions, if you will; former persecutors now being believers.”