USA (MNN) — Have you ever had the chance to look through your grandma’s attic? The treasures you unearth in places like that are a legacy of her life.

The same opportunity will be available this summer through Keys For Kids. But instead of antiques, this is a storytelling time capsule. Keys For Kids Executive Director Terre Ritchie explains, “We’re going to go back into our archives, from 1940s and take the decades all the way back up to 2015, and for 16 weeks play something from those archives.”

Characters like Aunt Bea and Uncle Charlie will be sharing tales again…but will kids today appreciate the simplicity of the stories from 1940? Ritchie says, “Stories are stories. Kids love to hear stories, and so these stories are going to be just as good back then as they are today for kids to listen to.” Icons of children’s radio programs, like the Children’s Bible Hour choir, will be shared again…with a new audience. Plus, there’s more material from host, Uncle Charlie. “Uncle Charlie is definitely the icon of this ministry. He has been here… it seems like since the beginning, but he was nine when he started. He’s still here, and he’s over 80…still recording Keys For Kids daily devotionals.” 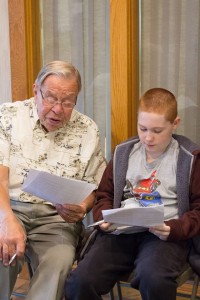 For a lot of people, Keys For Kids’ retro summer will bring back childhood memories. Children’s radio ministry was nearly non-existent in radio’s heyday. The archives will offer a glimpse into a simpler time with theater of the mind audio gold.

“Hopefully, when we bring out this material that has not been heard in so many years, it’ll gain the ear of the parents and the grandparents that are out there listening, and they will decide that ‘This is a great time for my kids to hear this,’ and ‘I want to support this ministry,'” adds Ritchie.

Some of the reasons behind the retro summer aren’t quite as nostalgic. Ritchie says donor funding has taken a hit. Like many non-profit groups, the beginning of a new year means donations drop until tax time. Things pick up and then fall during the summer months when people are on vacation. They pick up again when school begins and generally stay strong through the end of the year…and then, the cycle repeats.

This year, it’s been worse than usual. Just a quarter of what’s needed to keep the doors open have come in. Rather than close up shop, Keys For Kids has been forced to fight for its survival. That means cutbacks. “It’s pretty severe,” Ritchie admits. “We’ve had to put Red Rock (Mysteries) on hold right now. We’re going to take the summer to regain, and hopefully, we’ll be able to accomplish that.” 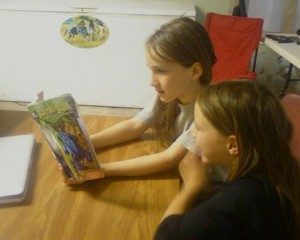 The team remains dedicated to their mission, though. Ritchie continues. “We only deal with children, supporting resources for children ages 6-12. That’s the main age that kids accept Christ as their Savior. This is our whole ministry–it’s centered around this.”

What Keys for Kids is really asking you to do is to help preserve and share a spiritual legacy that’s been going for 73 years. “God continues to be good. He continues to allow us to minister to kids. He is improving, increasing our outreach to kids, and we greatly appreciate that. We just need the funds to back it up.”