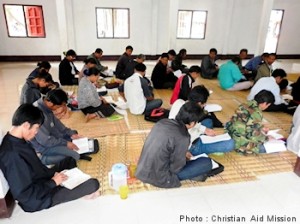 Vietnam (CAM/MNN) — Being a Christian in Vietnam is difficult. The head of a team of Vietnamese evangelists has survived torture and the threat of being killed in prison, but that has only reinforced his determination to get the Gospel to ethnic groups who have never heard the message.

“There is no price too high to pay for the honor of proclaiming Christ. I just do it for God,” said *Su, the director of an indigenous ministry helped by Christian Aid Mission, your link to indigenous missions.

Religious freedom remains spotty in Vietnam. Many churches eschew registration because of the controls and interference it brings, and officials have been slow to register others that do apply. Worshiping “illegally” becomes one pretext for imprisonment; Su knows of 68 Christians in northern Vietnam in hard-labor camps because of their faith, and he also has been imprisoned at various times.

“He’s been through all that himself,” said one team member. “He got malaria, he got eczema from head to toe, he was beaten from head to toe in a high security prison with no light.”

Su was imprisoned for proclaiming Christ, as the government associated it with subversion from abroad.

“It was only because he was talking about the Gospel,” one of Su’s team members said. “The gospel was considered American religion, so it was assumed that if you brought it into the country, you supported America and worked for the CIA. 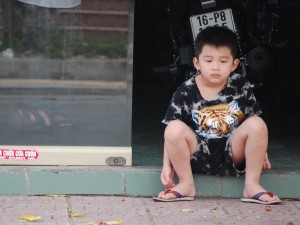 “The authorities began killing prisoners. There were seven cells, and he was in the seventh cell. They went in order: one, two, three, four, five, six, each one getting shot and killed. But for some reason they stopped at his cell. Somehow God saved his life.”

“The biggest challenge is to reach the 22 unreached people groups, because they’re on the border of China and Vietnam, and there are a lot of security issues,” Su said in a recent interview. “In order to reach them, you have to have a connection on the inside, and that can be hard to get because the relationship between Vietnam and China has had tension in the last several months.”

Su and his team have planted hundreds of churches elsewhere, especially among highland tribes, where thousands of people who once followed multiple gods and spirits now worship Christ. With assistance from Christian Aid Mission, Su and his teams have planted churches and trained tribal pastors to disciple others, continually multiplying churches.

“They always believe; they are always seeking a higher power,” Su said of the animist tribes in the highlands. “When we talk about the God of all the gods, they are attracted. They worship the trees, they worship whatever, and we’re saying, ‘This is the God who is a lot bigger than your god.'” 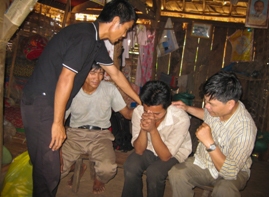 Evangelists pray for an ethnic Khmu who
has decided to put his trust in Christ.
(Photo, caption courtesy Christian Aid)

One people group Su’s teams have reached is the Khmu, whose traditional animism dictates refraining from violating certain taboos– touching an altar or amulet in a house, for example–that might exact the vengeance of spirits. Appeasing the rice goddess with ritual dancing is a common practice in hopes of a productive harvest.

“There was a Khmu tribal group with a population of about 60,000, and no believers whatsoever,” said Su. “There was a boy whose parents passed away, and he was adopted by another tribal group, a Christian group. When he was 20, he went back to the Khmu and boldly preached the gospel. Now there is a church there because of that one young man.”

Su and his teams of Vietnamese evangelists have begun the process of making contact with unreached people groups.

Just arriving for a long-term stay where the unreached groups live, then, presents a potential risk for families that might host him or his team. Evangelists make short-term visits to the areas, enabling them to get past check-points with greater ease, in order to establish relationships.

“There’s always a festival or a common market where all these tribes get together and sell their goods,” said Su. “So what a pastor would do to get into a particular tribal group would be to go to this market to find specific people and get connected. And after a few times, he can ask if they can come and visit.”

Establishing such relationships is a long process, but there are four or five market gatherings and one festival each month, so there are many opportunities to meet people.

Although the government has mandated that tribal people learn Vietnamese for the past decade, they prefer to speak their own languages, and the evangelists use the short-term visits to improve their language skills.

“The communists hope the youngsters will become the new leaders of their villages by learning Vietnamese,” continued Su. “The understanding among them is that you cannot be a Christian. They will watch you and report you.” 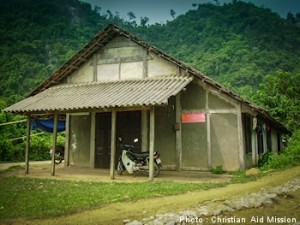 Besides the cultural and security obstacles, the director said he also must overcome resource limitations in order to extend the gospel to unreached peoples. Sending a missionary costs $100 a month.

The ministry is also in critical need of motorcycles. Three purchased with assistance from Christian Aid Mission 10 years ago need to be replaced, and another five would enable them to bring the gospel to an unreached group.

Motorcycles are crucial. Otherwise missionaries are forced to ride a bicycle or travel by foot. In those cases, they cannot reach as many people. Often they double up on one motorcycle, being dropped off in one village as the driver continues on to the next. If they reach the leader of a village and he becomes a Christian, much or even the entire village will convert as well.

Help Su’s ministry get the resources they need here.