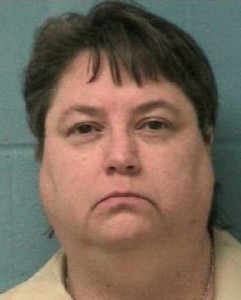 USA (CBI) — Crossroad Bible Institute requests urgent prayer for Crossroad graduate Kelly Gissendaner. Kelly has been sentenced to death by the state of Georgia, but her execution has been postponed twice.

Now Christians around the country are praying for a miracle and seeking a way to keep her off death row for good, and faith leaders such as Desmond Tutu and Shane Claiborne have signed a petition requesting clemency. Kelly’s story is one of redemption, and she is living proof that not all “jailhouse religion” is insincere or superficial.

Kelly was sentenced to death in 1998 for persuading her boyfriend to murder her husband. Kelly’s boyfriend, who committed the murder, took a plea bargain and is serving a life sentence with eligibility for parole. Kelly did not accept a plea bargain, because her lawyer did not believe that the jury would sentence her to death.

Kelly Gissendaner was a Crossroad student from 2007 to 2010, and her Instructors commented on her good work ethic and spiritual growth. On February 27, 2015, the New York Times wrote an article about her spiritual transformation and theological studies.

Kelly’s growth in theological knowledge was outpaced only by her personal transformation. According to Pastor Dottie Benson, Kelly entered prison a bitter woman, but she is now a mentor and mother figure to many inmates there. Prisoners tell stories of “Mama Kelly” talking them out of suicide, encouraging them to behave well in prison and helping them meet their goals.

Kelly, a living witness to a living Savior, says of her spiritual journey, “I have learned first-hand that no one, not even me, is beyond redemption through God’s grace and mercy.”

Kelly’s appeal to the Supreme Court was denied on October 6, 2014, and Georgia’s parole board denied her clemency petition on February 24, 2015. The Department of Corrections has yet to announce the new date of her execution.

Dr. David Schuringa, president of Crossroad Bible Institute, stands alongside the thousands of petitioners and many faith leaders calling for clemency.

“Please join Crossroad in praying for Kelly, who is a living testament to the transforming power of God’s grace,” says Schuringa. “May the Lord work a miracle and find a way to save Kelly’s life. And may He bring her, her family, and the family of her husband peace.”