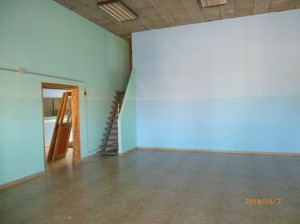 Lebanon (MNN) — Nearly three million Syrian children are not attending school due to the civil war raging in their homeland.

The future of the nation is at stake. Jed Hamoud, Vice President of Operations at Kids Alive International, notes that this crisis has been 10 years in the making. “The fear is that the Syrian people are going to be faced with a generation of kids that are not educated. That would have a massive impact on the society as a whole.”

Hamoud continues, “Many of those kids have been out of school for a year or two. They have missed a lot of schooling, so what we’re really calling it is a literacy/education program.”

Think of the doctors, businessmen, entrepreneurs, educators, scientists, writers in a single generation. In other words, “When the current generation passes and the new generation is coming in, they’re going to have a tremendous shortage of educated people.”

Yet, hundreds of thousands of displaced children are struggling to enroll for school in their host countries and in Syria. In Syria, many of the school buildings are filled with Internally Displaced Peoples or the military. For others, high school fees and working to survive are the main reasons kids aren’t in school.

In Lebanon, it’s all of the above for the Syrian refugees. In fact, as Lebanon has no official refugee camps, Syrian families regularly go into debt to cover costs like housing, healthcare, and education. Plus, the education system is simply overwhelmed by the sheer numbers of child refugees. 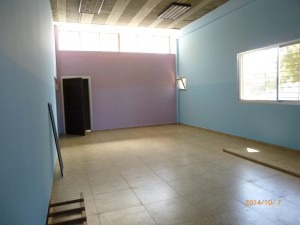 Kids Alive Lebanon looked at the available space they had and converted a workshop into classroom space. “The goal is to try to help those children come up to speed, so that we can streamline them and transition them with the standard school curriculum,” Hamoud explains, adding, “We’re expanding it to the maximum of the facility that we have today, and we will be having about 60 children that we’ll be taking in to schooling.”

One of three new classrooms will provide a safe environment for these refugee children to get what they can’t get at a normal “school,” says Hamoud. “We do provide education. We actually will be providing meals to the children. We’re providing transportation, but at the heart of it, we will be teaching the kids the Scriptures, the value that Christ has bought us. So it is at the very core of our ministry here in Lebanon.”

The children’s desks will arrive next week, and the new “Syrian Oasis” will open its doors on November 3. There’s still a lot to do. “We’ve hired one teacher. We need to hire at least two more teachers to help out. And we need to buy the supplies. We have some desks, but we are going to need a lot more because we weren’t counting on taking in that many children.”

Please pray that God would do amazing things in the lives of the needy kids Kids Alive will be serving.