Ukraine (MNN) — Many economists say Russia is on the brink of economic collapse. The tail-spin of the ruble against foreign currencies that started a few weeks ago, plus the 50% decline in oil prices–key to Russia’s economy, means Russia’s political machine is focusing on recovery, not invasion.

Some suggest this economic surprise could mean Russia will be forced into a deal to secure a Ukraine peace. 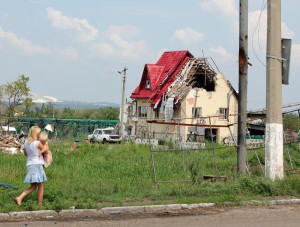 While that’s a great sign, that doesn’t mean Ukraine’s problems are over. There are many who are homeless and displaced from their homes.

President of Slavic Gospel Association Bob Provost says they’re providing resources to help churches meet those needs. “Our focus these last six months or so have been more on Ukraine than anywhere else,” he says.

Why? More than 100,000 Ukrainians are displaced by the conflict with Russian separatists. Provost says, “Our partners have been helping us equip local churches to minister to refugees, helping churches provide mattresses so refugees can sleep on the floor, or providing food packs for families who have lost everything.” 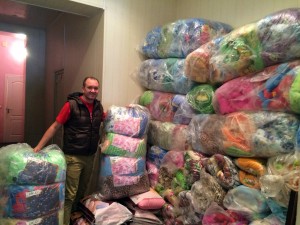 You can help SGA provide aid to through their Crisis Evangelism Fund. “$15 for a food pack feeds a family for about a week. And now, with cold weather upon us, they’re even asking us to help supply coal because they don’t have any gas,” says Provost.

This is a unique time in Ukraine’s history. Those who haven’t heard the Gospel are asking questions. Some believers in the region say Ukraine could be on the verge of revival. Pray that God will draw many to Himself in the midst of this difficult time.