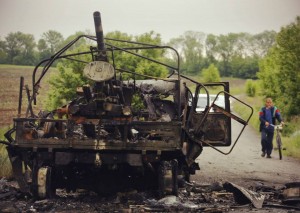 Ukraine (MNN) — Ukraine is doing what it can to be ready for the war it is sure will come.

Russian troops and equipment movements over the border, along with rhetoric from Russian President Vladimir Putin, seem to back up the accusations that Russia is openly violating the truce.

Wayne Shepherd serves on the board with Mission Eurasia (formerly Russian Ministries) and recently returned from a visit to Slavyansk, Ukraine. “The separatists, and the terrorists, if you will, are being funded, apparently, by Russia. They deny it, but it sure is clear that’s where it’s coming from; some are even mercenaries who are hired to come in.”

Ukraine’s president is trying to deter the separatists, ordering all state services in rebel-held areas cut off, including funding for hospitals and schools. The central bank is moving to cut the separatists off from Ukraine’s banking and credit-card system. Plus, the country’s new parliament is considering revoking a law granting self-rule to the Donetsk and Luhansk regions. These are measures that may help, but the reality is: Ukraine is out-muscled in a match with Russia. “The Ukrainian Army has some resources, but not very much. The government, again, doesn’t have much to spend on this war. It’s my understanding that a lot of the private citizens are helping to take care of the army,” says Shepherd.

Putin has been throwing around phrases like “ethnic cleansing” and “neo-Nazism” when describing Ukraine. This rhetoric is designed to divide, and it’s working. Shepherd says, “In the case of Orthodoxy in Russia, the Moscow Orthodoxy is totally behind President Putin in this regard. Even those who are coming in to fight from Russia are referring to themselves as the ‘Orthodox Army,’ persecuting evangelicals.” 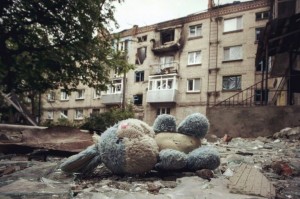 Food shortages in Luhansk and Donestk are rampant, future food security is in question, infrastructure is partly destroyed, and roughly half of the region’s residents are in need of medicine.

“Mission Eurasia and a few other organizations are able to get things in there. But the government isn’t able to help at all. They’re broke, so whatever we can do to help is greatly appreciated.”

What Shepherd saw during his visit humbled him. “Just like the Macedonian church that Paul talked about in Corinthians, I saw the church in Ukraine giving generously out of its poverty. That was a great challenge to me, and actually kind of puts the North American Church to shame in many ways, how they respond with everything they have to meet this crisis.”

Shepherd is back in the United States now, telling their stories, sharing their concerns and their prayer needs in order to keep the story in front of a compassion-fatigued populace. Some of the church leaders in Ukraine use social media to tell their own stories, which can also be shared. “One pastor who is a refugee himself (and has a reward on his head, as a matter of fact from the separatists) has been living apart from his family for seven months; he’s posting just about every day what’s happening to care for the refugees and supplies that are being provided from the West.”

Most of these stories indicate concerns of a war just days away. Believers are using abandoned buildings to provide some kind of shelter for the refugees. “The Church in eastern Ukraine has reclaimed these buildings and is trying to retrofit them for the refugees to have a warm place to stay this winter.” Shepherd says that response comes in three ways. First: “The Church can provide resources, can provide money for food and medicine, can provide warm clothing, and can provide heating systems for these churches. There’s so much that we can do if we simply determine that this is a need.” 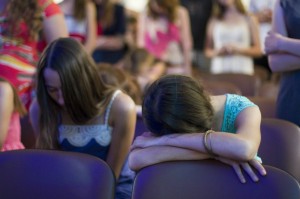 Then you can pray: “None of them have appealed that the persecution they’re feeling would end. They always just appeal that we pray for them that they would have the stamina and the faith to persevere during that time.”

And remember those who are the hands and feet of Christ. The opportunity is unprecedented: “In times of crisis and fear, when you have been stripped of all your possessions, when you have nothing but your family, your home is gone, your possessions are gone, where do you turn for answers? That’s when people are receptive to the Gospel, and we’re seeing that happen.”