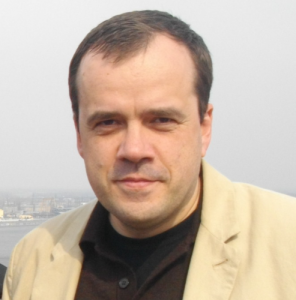 There are 10 on the Tier 2 list, including Russia. Mission Eurasia Director of Religious Freedom Issues, Wade Kusack, says Russia being on the list is a big deal. “This is a first official announcement, or recognition, of the persecution from the U.S. government’s side.”

According to the report, Russia continues to bring criminal extremism charges against peaceful religious individuals and groups. Muslim, Jehovah’s Witnesses, and Protestant faiths are those facing the most oppression. The violations have been widespread in the Northern Caucasus region, Russian-occupied Crimea, and the Russian-separatist regions of eastern Ukraine.

Kusack says the religious oppression in occupied Ukraine is coming from Russian Orthodox militants. “Everything that’s happening in the occupied territories of eastern Ukraine [is] happening by the Kremlin approval.”

When Russian-back separatists occupied eastern Ukraine, Kusack says the persecution began. “[They] started to hunt evangelicals, confiscate church buildings, kidnap and torture Christian leaders, and some of them were tortured to death.”

Kusack says Mission Eurasia provided USCIRF information about religious freedom abuses all over Eurasia. “This is a very good step toward restoration of justice for those who are persecuted for their faith. The recommendations will be used by other government departments, such as the Department of State.”

The oppression continues, says Kusack, but it’s not as pronounced. Why? “Because many Christians just fled; and those who are still there, they’re trying to hide themselves. They conduct underground services.”

The churches in occupied regions of Ukraine aren’t growing because many Christians left the area and are now internally displaced. But churches along the border? “Those churches became a place where local people received food, clothes, and of course, words of Hope. These particular churches: yes, they’re growing,” says Kusack.

“This is easier, now, to advocate for persecuted Christians, having this report in hand.”

You’re probably wondering what you can do to help. Kusack has some suggestions. “I encourage our listeners to download this report and pray for particular countries and particular situations from this report.”

You can also support Mission Eurasia financially. “You can donate on our Web site specifically for the persecuted church in occupied territories of eastern Ukraine, and it will help our brothers and sisters who are unjustly suffering.”