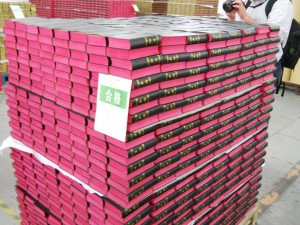 China (MNN) – Bibles seem to be extremely abundant, yet receiving one could mean the world to someone in a distant village in China.

Bibles for China is preparing for their next Bible distribution this November. A group of seven will be split into two teams and will verify the delivery of 16,000 Bibles to believers in rural China.

There are over 1.5 billion people in China and 100 million believers. The only access the people have to the Bible is a few pages that they have copied down by hand, verses committed to memory, or worn-down Bibles that are shared throughout the village.

BFC reports that people living in rural China have very limited income that hardly covers their basic needs. Most people live on as little as $500 a year. Villages are so remote that traveling outside of their community is difficult and rare; receiving a Bible of their own would be like receiving an exotic and precious gift.

A former Bible distribution member wrote, “Even if the means of transportation were available, it would not be affordable. What Satan had intended to use as shackles, however, God used for inspiration. He used for hope. I witnessed a faith so strong, a hope so deep, so inspiring, that it sent shock waves through me, changing my expectations, realigning my priorities. and redefining my relationships.”

The group of seven will be leaving for China in less than a month, and they ask for prayer that all the Bibles will be distributed without interference.

Another group will be journeying to China the spring of 2015. Over the next two months, Bibles for China will be collecting donations for Bibles. One Bible costs just $5. Click here to help.