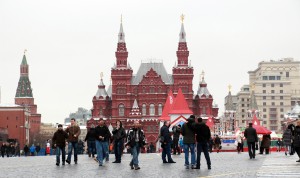 View from Red Square in Moscow. (Photo by Greg Yoder)

Russia (MNN) — Russia’s key government leaders are doing all they can to prevent an economic tailspin in their country. In his State of the Nation address last week, President Vladimir Putin failed to offer solutions that will turn the economy around. Many believe it’s sliding toward recession after being hit by Western sanctions over the Ukraine crisis and by a fall in the global price of oil, which is foundation to the Russian economy.

While the ruble has recovered somewhat as the government pressured exporters not to hoard foreign-currency earnings and the central bank announced a hike in interest rates, trouble isn’t over.

Economists predict a protracted recession unless things turn around. With interest rates climbing from 13% to 17% overnight, there isn’t much hope of that.

Provost says the economy not only threatens everyday life, but the future. “When you go into the supermarket, prices have doubled. There’s [also] been a great brain drain. In the first eight months of this year, more than 200,000 people left Russia–a lot of them highly-educated people.” 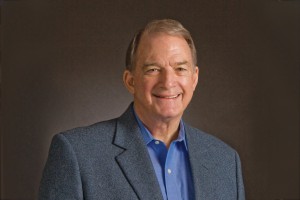 What does all this mean for ministry in Russia? “Whenever there’s something really bad happening,” says Provost, “if you can look behind the scenes, you’ll find that inevitably something great is happening spiritually.”

That is the case in Russia, says Provost. “People are becoming panicky and desperate as they were in the 90s. People are actually asking anyone who they think knows about God to tell them about God. So, it’s a wonderful spiritual time.”

Because of that, Slavic Gospel Association it trying to get an emergency printing and shipment of the Christmas version of the Gospel of Luke. “The cost of that is going to be just about $1 each [to print] these Gospels of Luke and get them shipped across Russia.”

The recent problems between the United States and Russia have resulted in animosity toward Russia, creating unintended consequences. Donations to ministries working in Russia are down. “It doesn’t cause people in America to grow in their love for Russia. So we as believers we have to be mindful that the Lord allows things to happen and He’s in control of the nations; and through it all, wonderful spiritual opportunities are looming behind the bad news.”