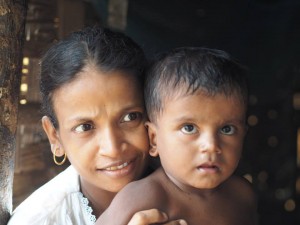 Burma (MNN) — Already this year, over 100,000 Rohingya have willingly gotten onboard boats they know might lead them to their death or to a life of slavery. Why? Because the government of their homeland is starving them to death.

This group of Muslims lives in West Burma. Steve Gumaer of Partners Relief and Development says, “These people, since 2012, have been marginalized.” That’s the year their houses were burned down.

Gumaer continues, “They either live in refugee camps or in isolated areas and islands around the city of Sittwe. These people don’t get the provisions they need–and I mean the  most basic things like food, shelter, water and such.”

Partners tries to meet the physical needs of these oppressed people since the occasional distribution of food is far too little to keep them alive.

“Because they’re in a state of a slow kind of genocide, and a slow policy of starvation by the government, many of them end up getting into boats,” Gumaer explains.

Last year 50,000 Rohingya, desperate to escape the hard life of their homeland, paid brokers to get them to Malaysia.

Most of them never made it.

Gumaer says, “The larger number of that 50,000 ended up either dead when they set sail on these boats–dead from starvation and dehydration because the conditions on those boats is terrible–or captured and interned, tortured, and abused.” The lucky ones buy their freedom.

Some of the brokers take advantage of them in their desperation. They are captured and taken to camps in jungles, on islands or peninsulas in Thailand. What happens next is a joint effort of Thai authorities and traffickers. Everything is taken from them.

“Once the extortion is complete–once they feel they’ve gotten everything they can get out of these people, they pass them on to traffickers who, out of Malaysia, end up placing them for sale all over the world,” Gumaer says.

And then they disappear, whether killed or delivered into international human trafficking.

Gumaer says this tragic situation is not slowing down.

“Between 900 and 1,000 Rohingya per day are making this perilous journey. They’re giving up on the possibility of ever having a future in their homeland in Burma, and ever having citizenship there.

“And despite the risk that they know they’re taking–even knowing that many of them will die, will be abused, raped, tortured and then trafficked if not killed, they still pay this $300 fee to get into a boat with a broker and try to make it.”

Partners longs to stop this deadly cycle by providing other options. So far, their work has consisted of keeping death at bay. But they want to help people decide to stay.

With limited resources, Partners has established intermediate development programs to help these desperate people provide for themselves. Partners hopes these projects will generate dignity, hope, and self-sustenance even amid the extreme poverty.

But it’s hard to move forward when you’re just trying to deal with the basics. Partners has been stuck in state of relief and crisis management since June of 2012.

Gumaer says, “I know that one of the things that gives them hope is that we continue to go there.”

When Partners first arrived, many of the Rohingya assumed they were there to convert them to Christianity. This was the stereotype they had of missionaries.

But, Gumaer says, “Over time they’ve understood that we’ve gone there because we love them and because they bear the image of God, and that we, as members of this human family and as servants of God, have this moral obligation to reach out to them and care for their children as our neighbors, just as we would want our children cared for if the roles were reversed.”

“When they ask us what our secret is, we have the opportunity to describe that secret, and that is that the hope of glory is alive in us,” says Gumaer. “Jesus, when He said to love Him with our whole heart and love our neighbor as ourselves, we take that very seriously.”

Gumaer says when the Rohingya know someone is standing up for them and being their voice, they have a reason to hope for their future, and a reason to keep trying–a reason to stay.

Ask God to continue providing for Partners so they can minister to this marginalized group. Ask Him to soften their hearts and open their eyes to the hope that is in Christ Jesus. 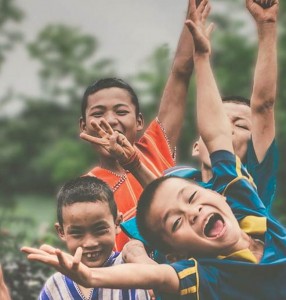