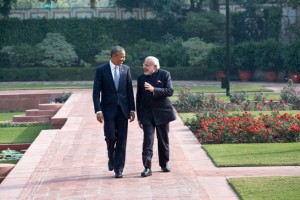 India (MNN) — February is off to a tumultuous start in India.

“Apparently, while he was in India, he mentioned religious freedom and tolerance only once, right at the tail-end of his visit. But then he comes home and talks about it at the National Prayer Breakfast,” says Voice of the Martyrs USA spokesman Todd Nettleton.

“He offended India greatly, because they obviously would like to tell the world ‘this is a place of tolerance and freedom’ and ‘we don’t have any persecution or any abuse of religious minorities.'”

Voters overwhelmingly opted for an opponent party in the New Delhi state elections. Analysts are equating it to a “slap in the face” for Modi and the BJP; this is the first significant loss for them since taking office last spring.

Roy, the lead anchor of New Delhi Television, is also a trained “psephologist.” Psephology is the scientific study of elections.

“This could be a turning point in Indian politics.”

Why does any of it matter?

While adamantly denied by India’s government, violent acts of persecution against Christians and India’s other religious minorities are undeniable.

India has climbed seven spots on the Open Doors USA World Watch List — a compilation of the world’s top 50 persecution hot-spots — in the past year alone. Many attribute the rise, in large part, to the BJP’s ascension to power.

According to the Evangelical Fellowship of India (EFI), there is a direct correlation between politics and persecution.

“Much of the violence has taken place after the new government of Prime Minister Nahendra Modi came into power,” EFI leaders said in a statement acquired by Morning Star News. 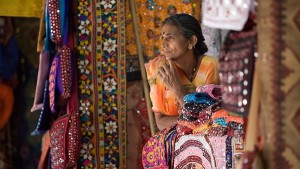 (Photo courtesy of the International Mission Board)

“Police inaction and failure to arrest the guilty in most cases, its propensity to try to minimize the crime, and in rural areas especially, its open partisanship, has almost become the norm.”

“There is certainly a need to pray for India, and particularly under the government of Prime Minister Modi,” notes Nettleton.

“Christians there know that persecution is on the increase. They’re going forward; they’re continuing to serve the Lord, but they know that that threat exists.

“Even when it is harder to stand up for Christ, we want to pray that they will have that strength.”